Today, the U.S. Patent and Trademark Office published a patent application from Apple that reveals yet another PrimeSense derived projection system for future iDevices that will use 3D mapping for various applications including interpreting in-air gesture recognition. Many PrimeSense are directly linked to applications related to virtual reality. During Apple's financial conference call on Tuesday, Apple's CEO Tim Cook fielded a question about virtual reality. He replied that "In terms of VR, I don't think it's a niche. It's really cool and has some interesting applications."

Apple's patent FIG. 1 noted below is a schematic diagram of an integrated optical projector #30. In a typical application, the projector produces and projects a pattern of light spots onto an object or scene, in order to enable an imaging and processing system (not shown) to analyze the projected pattern and estimate a three-dimensional (3-D) map of the object or scene. The 3-D map, also referred to as a depth map, can be used for various purposes, such as for user gesture recognition as part of a Man-Machine Interface (MMI). The projector may be integrated into various host systems such Apple's iDevices. 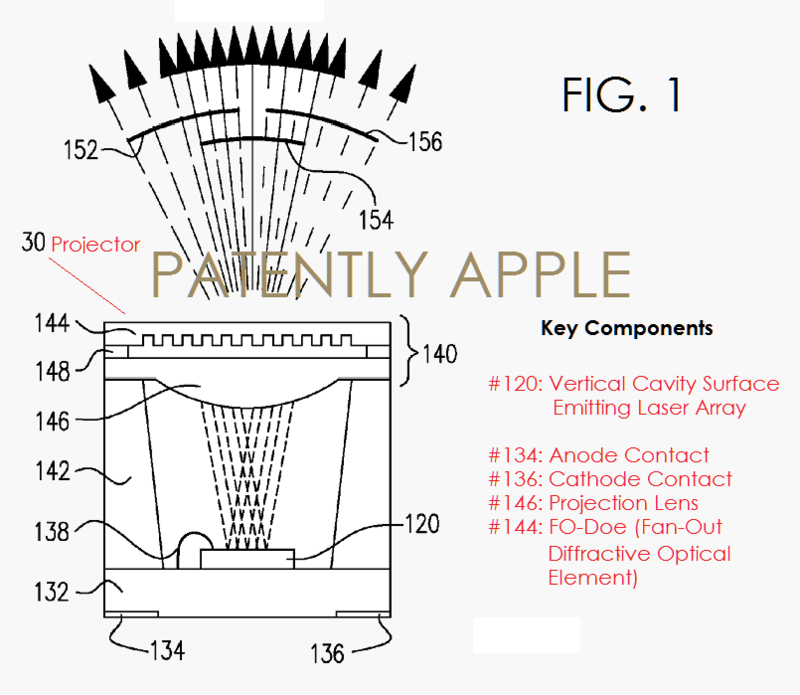 Some of the other projection patents that Apple inherited from PrimeSense were covered in these Patently Apple reports: