Another Quarter Goes by and Samsung's Recovery is nowhere in Sight 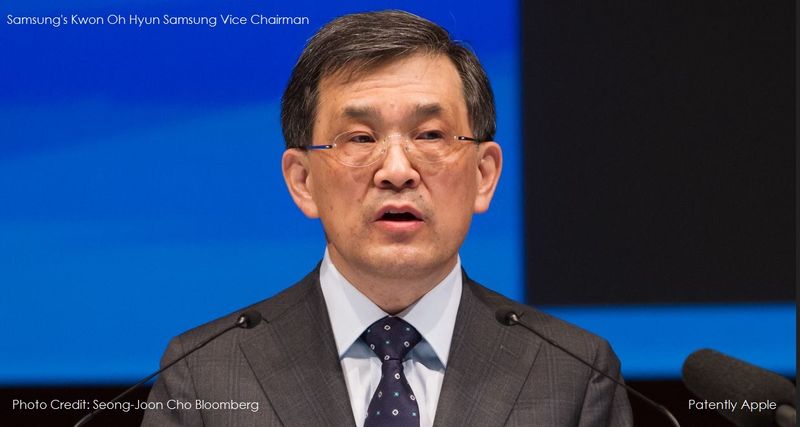 In early December we posted a report titled "Samsung's New Mobile Division President says 2016 will be Tough," followed by a secondary report on January 4 wherein Kwon Oh Hyun, vice chairman and co-chief executive officer, noted that "products including smartphones, televisions and memory chips will face escalated competition this year. Innovative business models are weakening traditional hardware values and workers must adapt to maintain leadership in an industry changing at its fastest pace ever. The territories of industries are collapsing. We have to compete in a new way that we've never experienced in the past." Today Samsung reviewed their preliminary status for Q4 2015 and it was dismal as expected.

Announcing its earnings guidance for the October-December period, Samsung estimated that its operating income would stand at 6.1 trillion won (US$5.1 billion), down 17.46 percent from the previous quarter. The operating profit missed an average market estimate of 6.67 trillion won, announced by financial research firm FnGuide earlier this week, and the figure is far below 6.9 trillion won forecast by many market analysts. Samsung's final quarterly results will only be made known later this month after an external audit.

The report further noted that "The prices of DRAM, a flagship chip product of the Korean firm, hovered at around $3.75 earlier last year but nosedived below $2 in recent months, undermining the profitability of Samsung's chip business."

Korean sources noted that "Market analysts pointed to the sluggish performances of the company's smartphone, chip and electronics component units are the main culprits behind the profit drop. Squeezed by Apple in the high-end smartphone segment and Chinese upstarts, including Xiaomi, in the low-end sector, Samsung is struggling to maintain its crown as the world's largest smartphone-maker.

In a bid to revive its tumbling smartphone business, Samsung reportedly plans to roll out its next flagship smartphone Galaxy S7 in February, a month earlier than usual." We reported on this development in-depth in a late December report titled "Samsung Hopes to Stop Android Switchers to the iPhone with their new Galaxy S7 Line-up Scheduled for February."

In recent months Samsung has announced that they would seek out new markets to compete in so as to drive new profits sources. Some of the areas of interest include the Internet-of-Things (IoT) market, biosensors, electronics and components for vehicles and drones so as to get away from the downward trend in smartphone profits.

In fact today it's being reported in Korea that "it is confirmed that Samsung Electronics' Wireless Business Department formed a task force end of 2015 to enter drone business. A person with a vice-president stature has become the director of this task force that is made up of about 15 employees. Task force is currently investigating drone markets, regulations, technologies, application areas in details and already agreed with certain global businesses, which holds communication technologies between motor controller, sensor, and device, about supplying parts and technologies. As of right now, Samsung Electronics is going to challenge drone business with communication technologies, which are fundamental capabilities that Wireless Business Department possesses."

While Samsung has been on a downward trend for well over a year with no end in sight, all eyes will now be on Apple when they announce their financials on January 26. While the iPhone 6s was launched with great expectations for continued growth, recent rumors and downgrades from brokers and even Apple bulls suggest that the iPhone 6s may have lost some steam at the end of the quarter. However, Apple has been known to crush media speculation and so it'll be interesting to see what Apple announces later this month..