Today, the U.S. Patent and Trademark Office published a patent application from Apple that reveals an all-new Apple Watch band that is magnetic based. More specifically, the invention relates to a magnetic wristband operable to both secure Apple Watch to the user's wrist in one configuration while protecting the Apple Watch while it's not being worn in another configuration. The new Apple Watch band could be configured to act as a stand or be attachable magnetically to a MacBook, iMac or other device and/or appliance such as a kitchen fridge.

Wristwatches generally include a housing having a display with a transparent cover disposed over a display that provides among other things time of day information to a user. Common display covers include glass, mineral glass crystal, sapphire or even diamond. In many cases a user may wish to remove a wristwatch and place it in a bag or storage container until a later time. Unfortunately, when removed the wristwatch can be subjected to even greater forces and damage than when worn by the user. Unfortunately, removed wristwatch tends to leave the housing and display cover completely unprotected and susceptible to damage. Frequently both a housing portion of the wristwatch and the display cover can be susceptible to scratching, dings and even cracks, when for example the housing is made from a vulnerable material such as aluminum or stainless steel. Certain types of finishes of the housing can also change the susceptibility of the housing to damage. For example, an aluminum housing with a sandblasted finish can be more likely to incur cosmetic or functional damage than an aluminum housing with an anodized and/or polished surface. Furthermore, custom protective watch bags and cases can be quite expensive and even inconvenient when a user simply wants to put the wristwatch down.

Wristbands for wristwatches have traditionally served a single purpose of securing a watch to a user's wrist. In many cases the wristbands, especially in the case of many metal and plastic wristbands, tend to cause a display portion and portion of the housing of the wristwatch to be disposed in an outward facing manner, thereby putting the device in a vulnerable position. 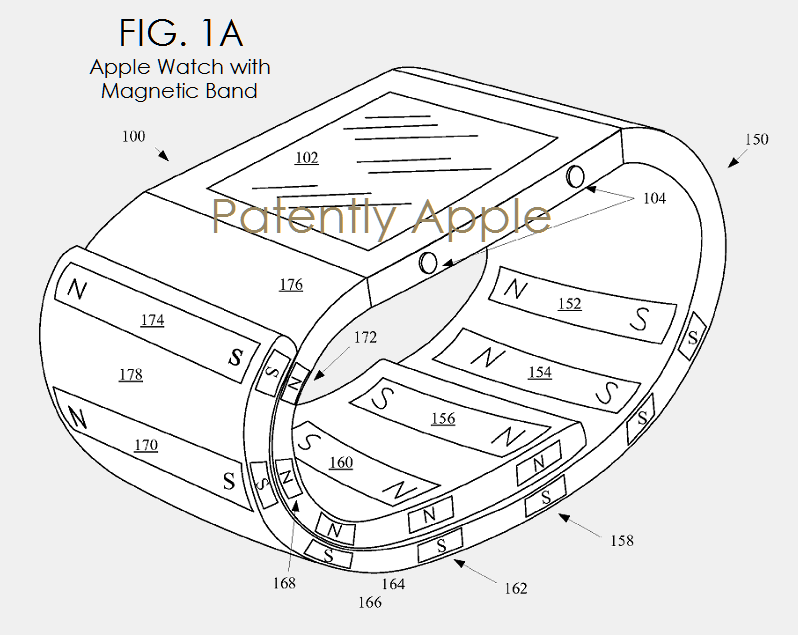 The Apple Watch Magnetic Band Rolls into a Stand 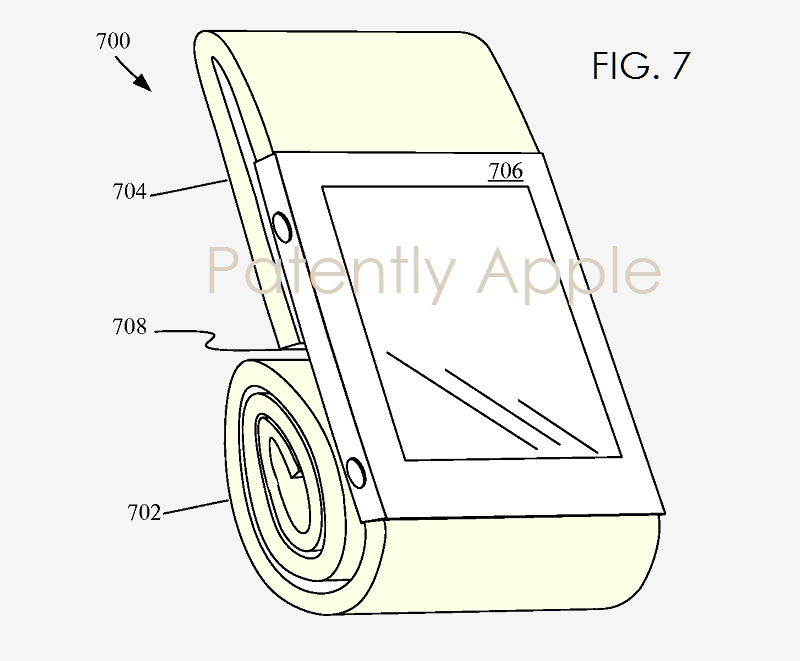 Attaching Apple Watch to other Devices or Appliances

Apple's patent FIG. 8 noted below shows the Apple Watch attached to a MacBook via the magnetic band. Alternatively, a magnetically attractable clip #806 may be used to couple it to the MacBook. 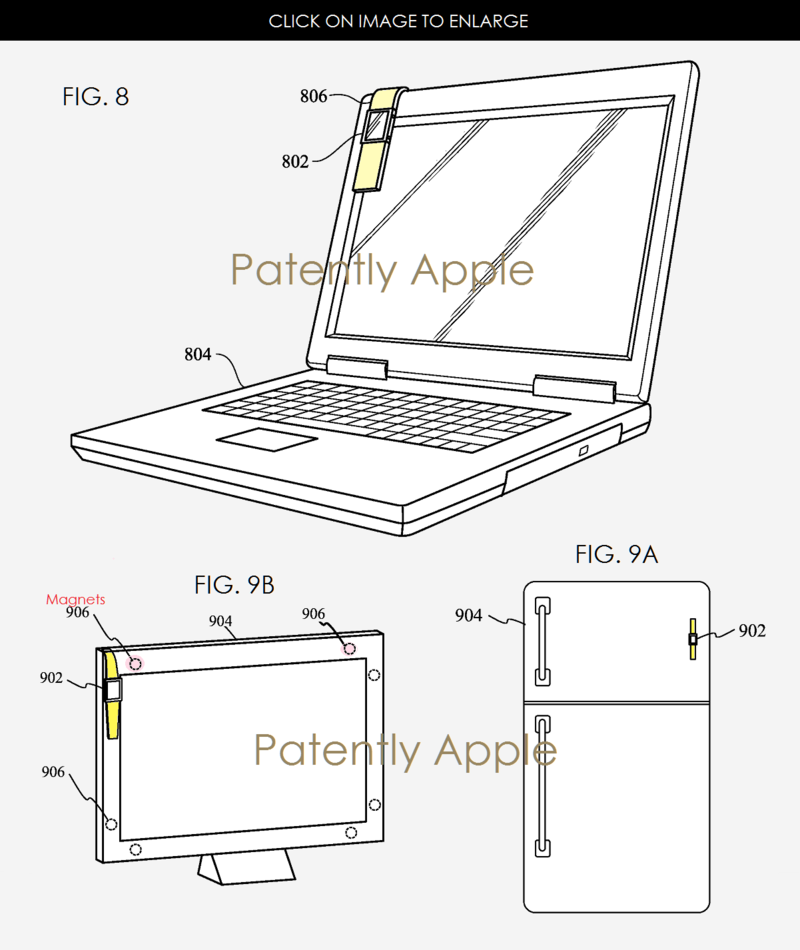 Apple's patent FIGS. 9A and 9B noted above show various other ways in which an Apple can be conveniently positioned through the use of a magnetic wristband. In FIG. 9A the Apple Watch is magnetically attracted to a refrigerator. Such a configuration can be desirable when an Apple Watch user doesn't want to be wearing their watch but still wants convenient access to it. In a kitchen, for example, a user could utilize such a device as a timer or convenient way to browse a certain recipe that's stored on the Apple Watch.

In Apple's patent FIG. 9B, the Apple Watch is shown magnetically coupled to an iMac using magnets built into the desktop.

Apple patent application 20160007697 was filed in Q3 2015 with a reference dating it back to March 2013. Considering that this is a patent application, the timing of such a product to market is unknown at this time.