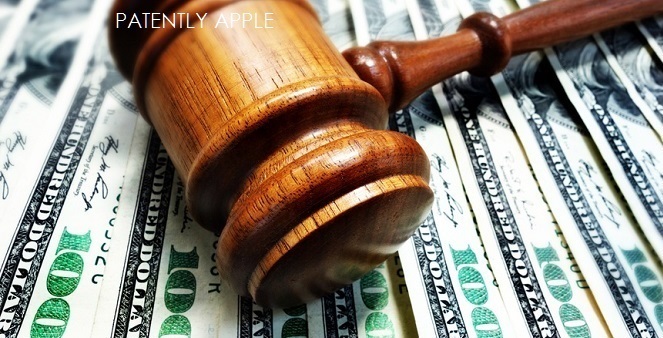 In July Samsung and a coalition of whiners filed a motion against Apple over the Apple v. Samsung patent case. We reported that "the coalition filed a motion with the US Federal Circuit Court of Appeals supporting Samsung's appeal over damages related to alleged patent infringement, saying that the ruling will have 'significant detrimental consequences for the continued development of useful modern technologies' if left to stand." Samsung lost their appeal, and vowed to bring the iPhone design case all the way to the Supreme Court. In late August Apple asked the court to order Samsung to pay over $548 million in damages, in a long-drawn patent dispute between the two companies that dates back to 2011. Instead of complying, Samsung fired back that they refuse to pay Apple declaring their pinch-to-zoom patent is invalid. Today we learn that Samsung has given up the ghost and has agreed to pay Apple the $548 million in damages that Apple demanded in August, with a caveat of course.

Late yesterday FOSS patent reported that "Apple and Samsung filed a joint case management statement with the United States District Court for the Northern District of California, in which Samsung says it has 'has made arrangements to complete payment to Apple.' It is now waiting for Apple's original invoice, and if that payment arrives before the weekend by Korean time, it will send $548 million to Apple by December 14.

But there's a slight catch to the deal. The case management statement indicates that Samsung, while apparently not asking the Supreme Court to look at this right now, does not believe that the funds will necessarily stay on Apple's bank account forever:

"Samsung continues to reserve all rights to obtain reimbursement from Apple and/or payment by Apple of all amounts required to be paid as taxes. [...] Samsung further reserves all rights to reclaim or obtain reimbursement of any judgment amounts paid by Samsung to any entity in the event the partial judgment is reversed, modified, vacated or set aside on appeal or otherwise, including as a result of any proceedings before the USPTO addressing the patents at issue or as a result of any petition for writ of certiorari filed with the Supreme Court. Samsung notes that the Patent Trial and Appeal Board has issued a final decision of invalidity on the '915 Patent, and Apple filed a notice of appeal to the Federal Circuit in the USPTO last week."

Apple writes in its own part of the filing that it "disputes Samsung's asserted rights to reimbursement." So just when you think it's over, FOSS Patents' Florian Mueller stated that the settlement conference however "did not result in a settlement."

As far as Mueller's personal feelings go on this case, he agreed with the president of the Hispanic Leadership Fund (of all possible sources), who wrote an op-ed for TheHill.com with the following title: "Patent office sides with innovation, yet Apple double-downs on fool's gold patents" Well, if anything, Mueller has been consistently on Samsung's side in this case, so there's no surprise there.

As for Samsung, it almost sounded real for a moment – but they're using this moment in time to continue their marketing and legal gamesmanship right to the bitter end. Why they couldn't just pay up and shut up for once so as to put an end to this case they lost will remain a mystery. But for now, Apple, through the Courts, finally got Samsung to pay for losing their patent infringement case, proving the copycat didn't' get away with it – even if Apple, to a certain degree, lost the PR war along the way.