Samsung just can't help it – they're going to follow Apple's lead again. Today the Korean press is stating that Samsung will offer their Galaxy S7 in two sizes like Apple does for the iPhone 6 and 6s. They're planning to release the Galaxy S7 in 5.2-inch and 5.5-inch models. Galaxy S7, which is currently being developed under a project name called 'HERO', will be mass-produced starting from February of 2016 and its release date will be around that time too. The annual World Mobile Congress trade show in Barcelona is being held this year between February 22 and 25 2016 where the Galaxy S7 is more than likely to debut. 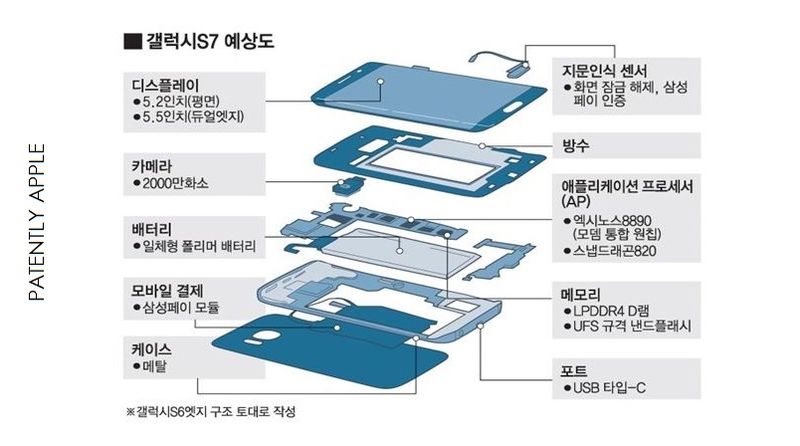 Although the graphic above is in Korean, we're able to see at the bottom right corner dialog box that the Galaxy S7 is likely to introduce USB Type-C.

During Apple's October Financial Conference Call, Apple's CEO Tim Cook briefly pointed to Android switchers hitting an all-time high by clocking in at 30% of iPhone sales. Samsung is desperately hoping to plug the hole in their flagship products against Apple's 6s which by some accounts is starting to show a slight slowdown in sales which is normal for an iPhone "s" model.