In March 2013 we reported on Apple acquiring an impressive indoor location startup called WifiSLAM. Later in April 2013 we posted a report about a patent pending invention of Apple's regarding finding a vehicle in an indoor location. In 2015 we posted a patent report covering an invention allowing users to find friends or family in a building like a mall. In Apple's latest indoor mapping invention we see more of Apple's work-in-progress in the creation of an indoor mapping application. Last May TechCrunch discovered that one of the co-founders of Wifarer had left to work with Apple. Apple's latest patent pending indoor mapping invention lists the former co-founder of Wifarer Philip Stranger as one of the leading inventors.

Apple notes that compared to conventional map data formats, the techniques described in their patent application are more suitable for representing indoor features. Information related to indoor space, e.g., companies located on each floor of a building, can be integrated in the nested data object representation. Such representations can be easier for a mobile device to handle than, for example, data generated using computer-aided design (CAD) software. Maps generated using the nested data objects can be used by a mobile device to display a location of the mobile device in the venue.

Apple's invention relates to techniques for storing information representing a venue. A system can represent a venue as a set of one or more nested data objects.

A top layer of the nested data objects can include a venue data object that stores coarse information of the venue, including an identifier, a name, and geometry of the venue.

Apple's patent FIG. 1 noted below is a diagram illustrating an exemplary system providing venue services. Note below that 'LFP' stands for Location Fingerprint. 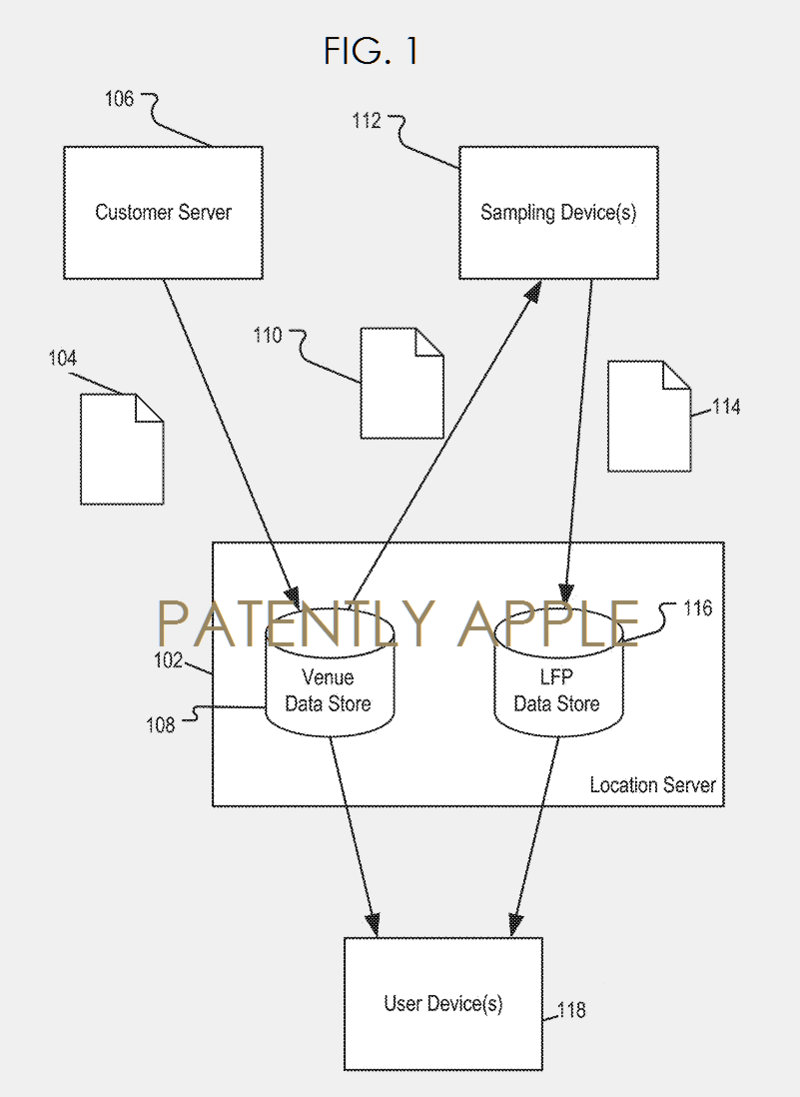 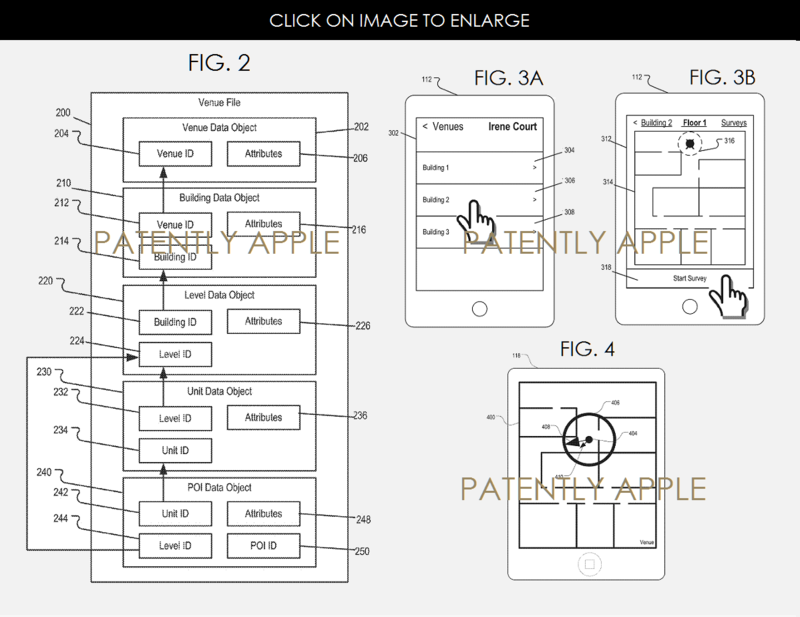 With indoor Apple Maps, visitors will be able to spend less time searching for building directories and more time discovering new points of interest, quickly find accessibility routes, perhaps enjoy a turn-by-turn-like feature using Sir as your guide and quickly find that food fair when you're really hungry. Apple's indoor maps will be appreciated. If you've never seen what an indoor mapping app looks like or what it could do, then you could always check out Google's indoor maps marketing here or Wifarer indoor maps here.