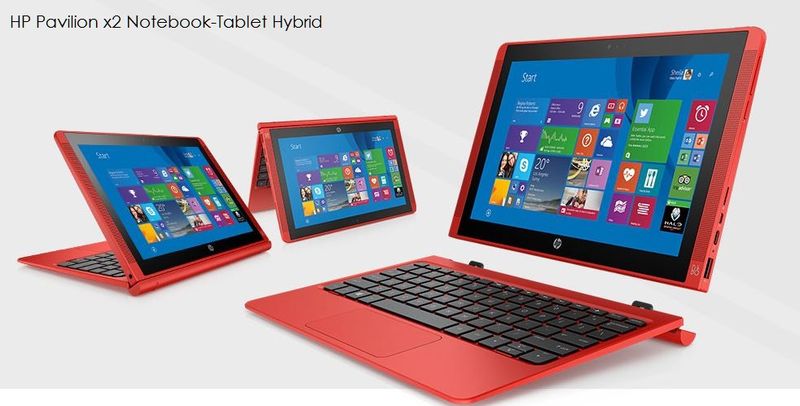 In total, 2014 PC vendors sold 308 million units. Shipments were down about 2%. The trend in Q3 of this year had PC's slumping by close to 11%. Though in perspective consumers, excluding Apple fans, have been holding back on purchasing PC's in order to get Q4 next-gen Skylake systems with Windows 10 according to Linn Huang, IDC Research Director, Devices & Displays. Yesterday IDC reported that for 2015 we'll see tablets decline 8% on shipments of 211 million. Both kinds of computers are in a bit of a funk as consumers are still trying to figure out which kinds of personal computers that they want and need going forward.

The pendulum had swung wildly to tablets starting in 2011 but the shift may now be stuck in park until further notice. Consumers having tried tablets over the years are clearly beginning to rethink that position and those who prefer notebooks are naturally gravitating towards notebook-tablet hybrids; a category that Apple's CEO thinks is deluded.

Yet despite the challenges facing the overall market, IDC expects detachable tablets will continue to represent a growing portion of total shipments.

IDC's Jean Philippe Bouchard, Research Director of Tablets stated in yesterday's report that "We're witnessing a real market transition as end users shift their demand towards detachables and more broadly towards a productivity-based value proposition. The proliferation of detachable offerings from hardware vendors continues to help drive this switch.

IDC is confident that the detachables segment will nearly double in size in the next year, recording more than 75% growth compared to 2015.

A senior analyst at IDC, Jitesh Ubrani, stated for the report that "The transition to detachable tablets also ushers in two other key trends: the growth of Windows and a turnaround for Apple's iPad device line."

Ubrani added that although early reviews of Apple's hybrid-like iPad Pro have been mixed, IDC believes that the iPad Pro to be the only reason for Apple to gain any tablet market share in the coming years as they target select enterprise and prosumer audiences.

At the same time IDC expects Windows-based devices – slates and detachables combined – to more than double its market share by 2019, driven by a combination of traditional PC OEMs as well as more household smartphone vendors."

Intel see's the cheaper PC hybrid as a growing market and announced yesterday that they would be delivering a new entry level PC processor called Apollo Lake that will support Ultra HD displays, USB Type-C connectors and more.

Apple's CEO is convinced that you don't need anything other than an iPad Pro. At the moment however, the rest of the world sees it a little differently. Though only time will tell which camp has it right on the hybrid PC vs. Tablet war.