The last trademark applications filed by Apple for 2015 were made in Europe and China. The first covers the figurative trademark for 'Apple Music' and the second covers their new iPad Pro 'Smart Keyboard.' 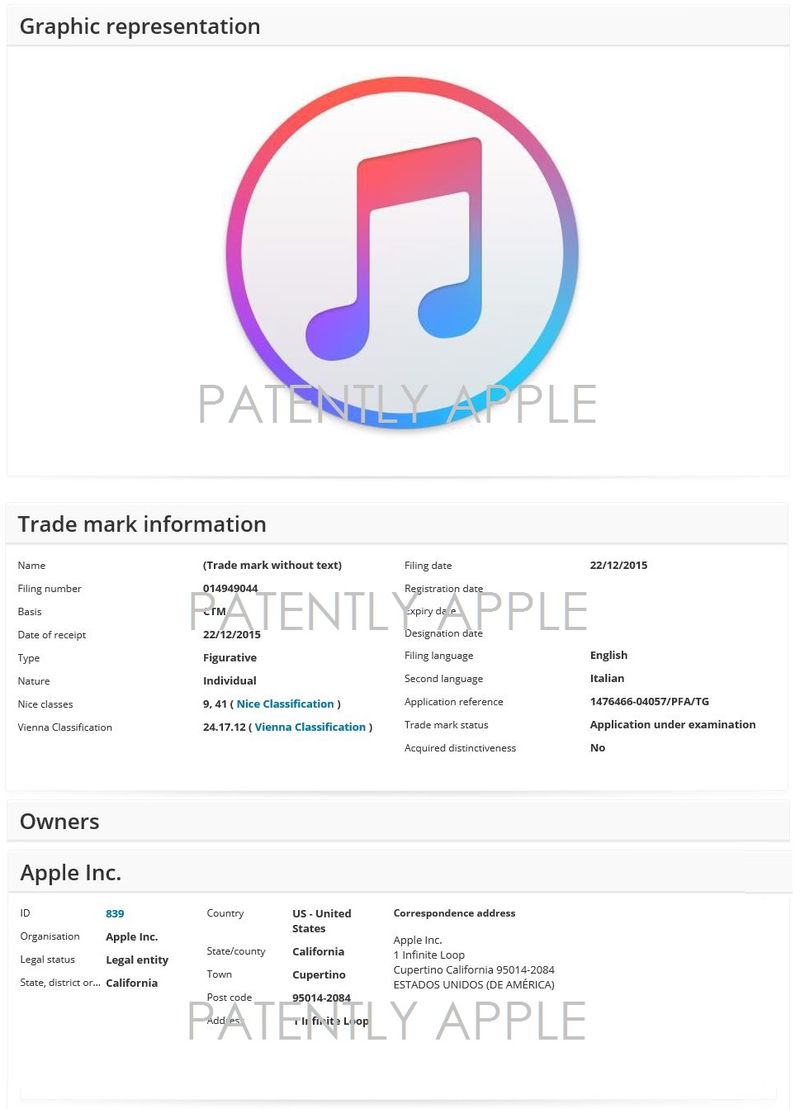 The Apple Music figurative trademark was also filed in China this past week under number 303639268. The application notes that Apple "claims the colours orange, pink, purple, blue and white as elements of the trade mark."

Apple Files for 'Smart Keyboard' Trademark in Europe and China

You could learn more about the new iPad Pro 'Smart Keyboard' here. Apple's trademark filing for 'Smart Keyboard' in China was found under number 303640824 using the same international class 9 as noted above.