Last Thursday the U.S. Patent and Trademark Office published 359 patent applications from Apple. While I reported on a number of patents last week, over the weekend I was able to discover a few distinct trends that had emerged. On Friday I posted a report titled "New Patent Filing Reveals More of Apple's Future Indoor Mapping App." Over the weekend I was able to dig a little deeper to find that there were an additional three patent filings regarding indoor mapping that would demonstrate that Apple's project has gone into high gear.

Venue Data Validation 20150347474 Patent Abstract: Techniques for validating venue data are described. The venue data can include records describing physical features of a venue and records describing conceptual features of the venue. A validation engine can detect conflicts between records in the venue data or conflicts between records in the venue data and external data. The conflict can include a physical conflict between two physical features, e.g., when a floor of a building is larger than a footprint of the building, a conceptual conflict between two occupants of a venue, e.g., when an airport baggage claim area is located next to a high school, or a relationship conflict between an occupant and a venue in which the occupant is allegedly located, e.g., ski resort located in an office building. The conflict can be defined in conflict rules. The validation engine can learn the conflict rules from historical venue data and truth references.

Apple's patent FIG. 2 is a block diagram illustrating an exemplary architecture of a venue data service system in context with indoor mapping. 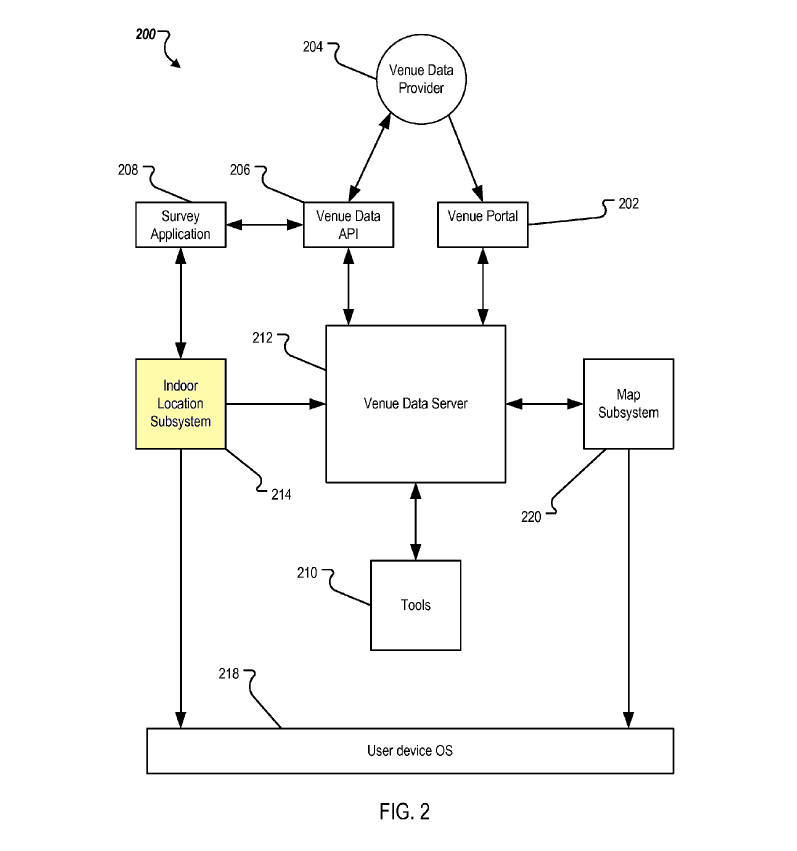