Apple had been working on the iWallet since 2010 and when Apple's CEO Tim Cook launched Apple Pay that's part of their Wallet app, the crowds at Apple's special event loudly cheered its arrival. One of Cook's keynote slides was presented a quote from the New York Times that read: "A truly mobile wallet has long been described as imminent. But it remains elusive … most have been a disappointment or have not worked well enough for mainstream adoption." Apple went the extra mile during its introduction to show the public how easy it was to use and ensured us all how secure it was. Everyone who purchased a new iPhone 6 last year ran out to try the new Apple Pay feature and momentum and buzz in the press was mounting. Yet one year later, it's less popular than ever, if you trust the latest data from InfoScout that is.

While Apple Pay may have been the most buzzed about mobile wallet on the planet in Q4 2014, it hasn't been able to translate that buzz into actual growing usage by consumers. InfoScout, a research firm, collected data from 300,000 shoppers on Black Friday to see whether they used mobile wallets when shopping, and found nearly half as many eligible purchases were made using Apple Pay this Black Friday than last year, when the service was barely a month old. Apple now has  millions of more iPhone 6 and 6s users with Apple Pay available to them and yet the usage numbers have dropped. That's not a good sign and definitely not the results that Apple was hoping to hear. Apple's CEO loves to quote positive statistics about all-things-Apple at every event, so this one has to sting a little.

With 300,000 Americans submitting pictures of receipts through apps on their smartphones, InfoScout was able to identify exactly what type of devices they're using, down to the model numbers. 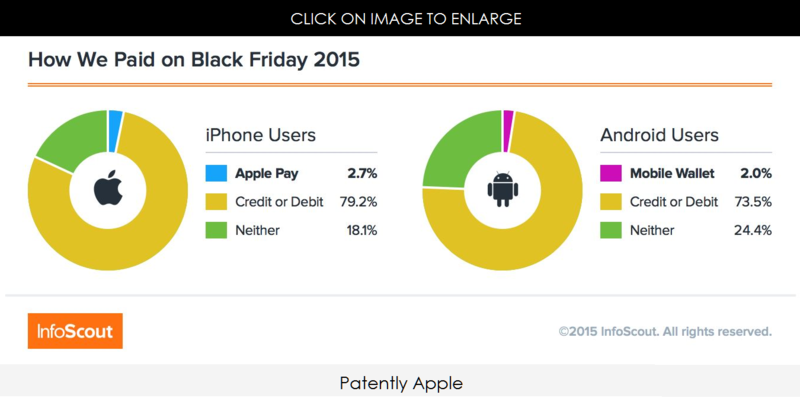 The company found that Apple Pay usage at its lowest rate since they started tracking it, being used for only 2.7% of Apple Pay-eligible transactions. This is a fairly marked decrease from what we saw last year on Black Friday, when iPhone 6 owners used Apple Pay for 4.9% of eligible transactions at participating merchants. 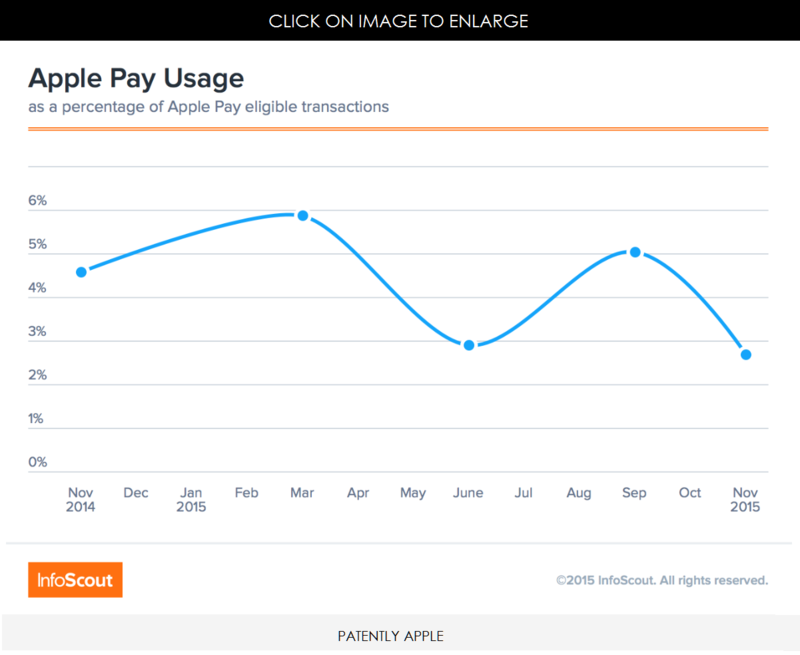 So what was the most common way shoppers paid for their Black Friday bargains? Plastic. This year, 79% of iPhone users and 74% of Android users paid with their credit and debit cards on 2015's iconic shopping day, and that doesn't even count the mobile wallet transactions that were funded by credit/debit cards.

We reported last month that "Apple is hoping to have Apple Pay Kick Start in China in Q1 2016," and that "UnionPay & Apple have Reportedly Reached a Preliminary Agreement on Apple Pay for 2016." We also reported that Visa Europe launched a new two month marketing campaign promoting Apple Pay.

Apple Pay also inched into Canada on November 17 and Apple announced that Cinnabon will add Apple Pay to all its U.S. locations next year, while Domino's company-owned pizza stores will get it by year's end. Earlier, Apple said Starbucks will conduct a pilot this year, with a broader rollout next year, while KFC will launch next spring. And today Apple has listed yet another 40 Participating U.S. issuers now on board Apple Pay.

So other than a blip of negative news here and there, Apple is doing everything it possibly can to broaden the use and appeal of Apple Pay. Yet for Black Friday, it was black and white - Apple Pay was delivered a black eye in failing to vastly increase the use of Apple Pay usage over last year. It should have been a no-brainer for Apple Pay to have tripled its usage or more being that so many more Apple Pay ready iPhones are in the market now compared to last year and with millions of new Apple Watches on board as well. I'm sure Apple is hoping that this was just a blip and not a trend – but only time will tell.