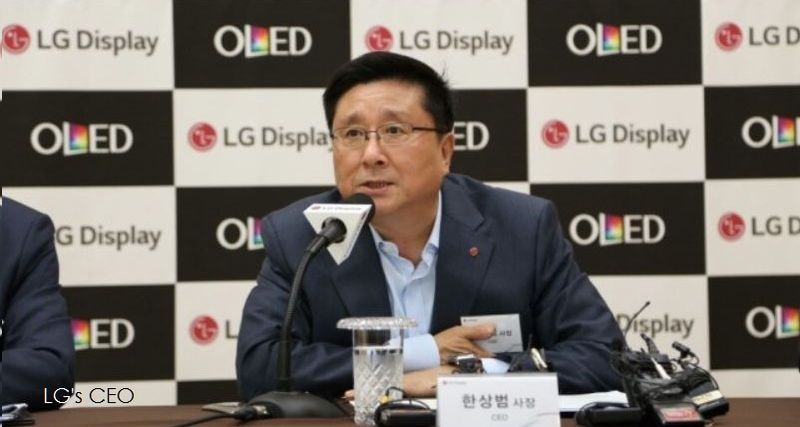 The rumors of Apple switching to OLED displays for future iPhones and iPad have been circulating for some time. In October we reported that Samsung was sending samples of OLED displays to Apple for a future iPhone. That was repeated in early November that Samsung was in negotiations with Apple. At the end of November we reported that Apple had notified their supply chain of its plan to switch to OLED displays. Today, a Korean report notes that Samsung Display and LG Display are going to invest a total of US$12.8 billion over the next few years to mass-produce flexible OLEDs for next-gen iPhones. Apple has reportedly entered the final stage of the contracts.

While today's report from Korea focuses on local Samsung and LG, it was reported earlier this month that Japan's JDI confirmed it too was seeking to supply Apple with OLED displays for future iPhones.

LG Display is currently discussing about first supplying 30,000 flexible OLED panels per month based on size of Gen.6 board to Apple. After securing stable yields, then it is going to supply minimum of 45,000 sheets to maximum of 60,000 sheets per month.

Because flexible OLEDs that are produced from Gen 4.5 (E3) Line in Paju do not have any experience in 6th Generation, LG Display is reportedly planning to start small and gradually expand its size. If LG Display increases production capability up to 60,000 sheets in the future, it will be able to mass-produce 200 million 5-inch OLED panels per year.

What's interesting about LG's role is that back in August they made it public that they were developing 'game changing' OLED display technology. It's also worth noting that the Korean press pointed to 'flexible' OLEDs. Will this be for minor iPhone display curvature or something more dramatic? It's also noted in the Korean report that "Samsung Display is worried about its competitors learning about know-how of production of flexible OLED if it supplies OLEDs to Apple." That again would suggest that the 2018 iPhone displays will have a notable curve to them.

The time frame for OLED displays for next-gen iPhones is a little murky. The Korean report notes that "Although Samsung Display and LG Display are planning to start supply their OLEDs to Apple starting from 2018, they can start supplying OLEDs as early as 2017."

On the flipside, it's being predicted that Samsung Display will be allotted with 30% more supplies than LG Display initially because it already has systems that can mass-produce Smartphone OLEDs right away. It is currently discussing with Apple about supplying 90,000 sheets per month for 2 to 3 years.

To get their suppliers up and running faster, it's being report that Apple may pay LG Display and Samsung Display part of their investments for their new facilities and/or upgraded facilities in order to secure stable supplies.

Yesterday Apple was granted a patent for a new feature related to OLED displays and in November, Apple's most advanced OLED Display Invention to date surfaced.