Today, the U.S. Patent and Trademark Office published 359 patent applications from Apple and that usually means that something interesting is buried, somewhere. Well it turns out that one of those interesting things happens to be an invention relating to an intelligent assistant for home automation – which of course translates to Siri for home automation. Technically Apple filed a recent trademark for their new Apple TV with Siri Remote and under its international class 9 verbiage 'home automation hubs' is listed. So that part of the invention has already been shown to be covered and in the works.

Home electronic devices that can be controlled remotely using software applications running on a computing device, such as a mobile phone, tablet computer, laptop computer, desktop computer, or the like, have become increasingly popular.

For example, numerous manufacturers create light bulbs that can be controlled by a software application running on a mobile phone to adjust the brightness and/or color of the bulb. Other devices, such as door locks, thermostats, and the like, having similar controls are also available.

While these devices can provide users with a greater level of control and convenience, it can become exceedingly difficult to manage these devices as the number of remotely controlled devices and the number of types of remotely controlled devices in the home increase. For example, a typical home can include 40-50 light bulbs placed throughout the various rooms of the home. Using conventional software applications, each light bulb is given a unique identifier, and a user attempting to control one of these devices must select the appropriate identifier from a list of available devices within a graphical user interface. Remembering the correct identifier for a particular light bulb and finding that identifier from a list of 40-50 identifiers can be a difficult and time-consuming process. To add to the difficulty of managing and controlling a large number of remotely controlled devices, different manufactures typically provide different software applications that must be used to control their respective devices. As a result, a user must locate and open one software application to tum on/off their light bulbs, and must then locate and open another software application to set the temperature of their thermostat.

The Home Automation system will allow a user to communicate to Siri that they want certain lights turned down in certain rooms, lights turned off or on in other rooms; to lower the thermostat, to close the garage door, to open the automated blinds, lock and unlock doors, turn your stereo on or off and control volume and/or a playlists. And if you're just forgetful, you'll be able to ask Siri questions like "Is the garage door closed?"

The user will be able to configure other group states as they wish like setting Siri to understand that saying Good Morning Siri could means turning up the thermostat, starting your coffee maker, turning your TV on to a favorite news channel, open the blinds in the kitchen and have your shower set to a perfect temperature. 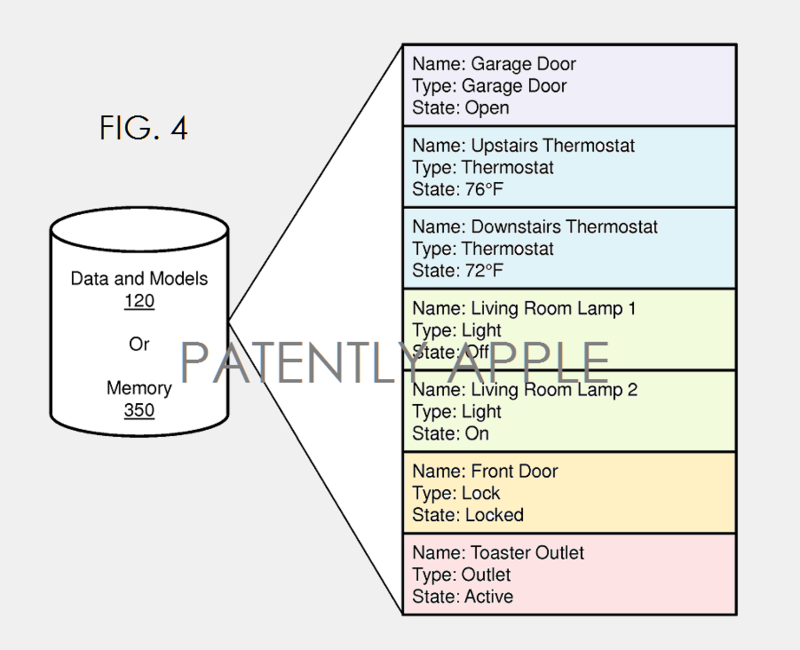 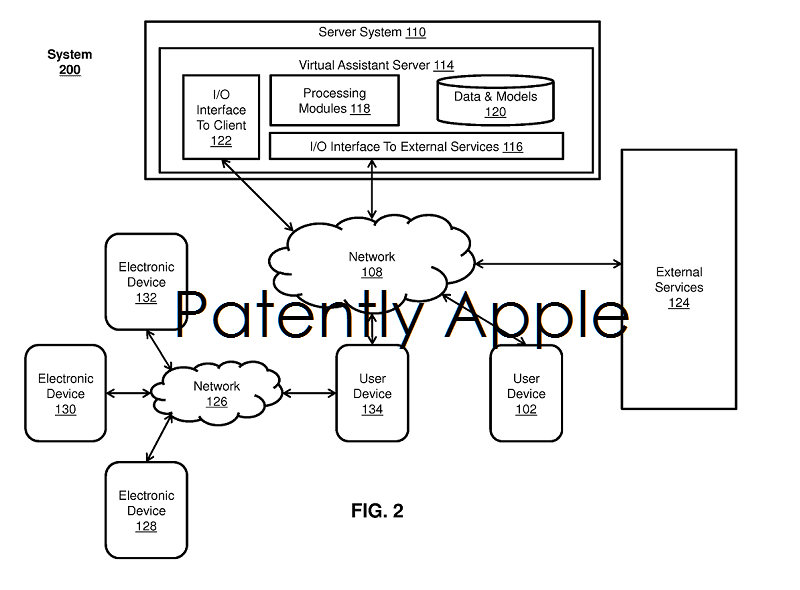 The system also allows for the user to set their home automation system up remotely. Apple's patent FIG. 2 illustrates an exemplary environment in which a virtual assistant can be used to remotely control electronic. 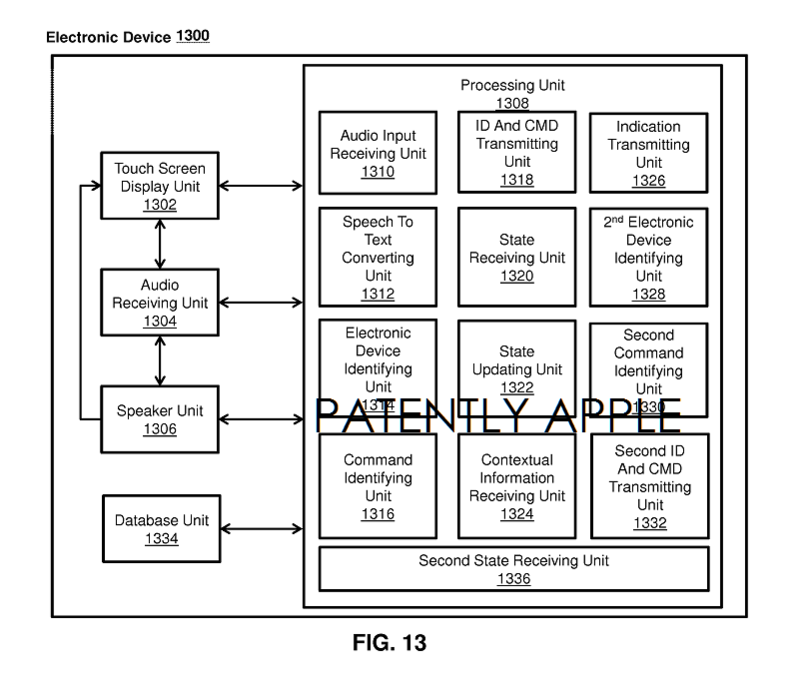 Apple's US patent application 20150348554 was originally filed in Q1 2015 and published today. It was also filed in Europe under number WO2015183401.  Considering that this is a patent application, the timing of such a product to market is unknown at this time.

Other Apple IP on Home Automation

This project actually began to some degree with a patent filing back in 2010 that we covered in a report titled "Apple Reveals Smart-Home Energy Management Dashboard System;" In 2014 Apple revealed that iBeacon technology was being considered for home automation; In July 2015 we covered a patent covering biometrics built into a TV remote that extended to home automation and in October one of Apple's PrimeSense patents came to light with an advanced futuristic home automation system eliminating physical electrical switches on walls.