The Telegraph Interviews Apple's CEO on the iPad Pro, Apple TV, Apple Watch and the Hot Button Issue of Encryption 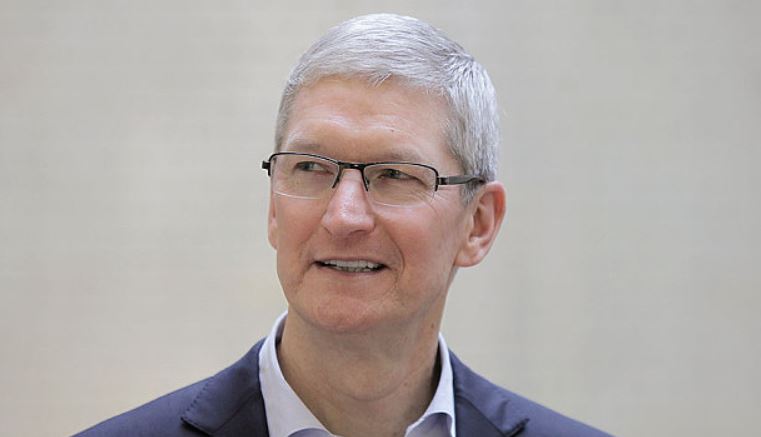 Apple's CEO Tim Cook stopped over in the UK yesterday and visited Touchpress who is supporting Apple's new iPad Pro and Apple TV with new creative apps. While in London, Cook also gave the Telegraph an extensive interview to pump their latest new products and talk about encryption which is a big issue in the UK. It wouldn't surprise me in the least to find out at a later date that Cook also secretly met the UK government over the issue of encryption because of a new UK law that passed this month.

On the iPad Pro: Apple's CEO takes the iPad Pro very seriously; perhaps a little too seriously. Cook told the Telegraph, "I think if you're looking at a PC, why would you buy a PC anymore? No really, why would you buy one?" Cook added, "Yes, the iPad Pro is a replacement for a notebook or a desktop for many, many people. They will start using it and conclude they no longer need to use anything else, other than their phones." Apple is trying to pump up iPad sales and that's the argument that Apple's CEO has decided to take to market.

Apple's position could be true for many casual computer users, especially for those that are happy iOS fans and they rank in the tens of millions. But that doesn't fly for many users who are serious content creators or scientists that need specialty PC apps not available for iOS or for serious gamers who want to play the latest games like the new Fallout 4 and so forth. But it's a sales angle that will resonate with many Apple fans and that's what Cook and Company are banking on to drive iPad sales that have been in free-fall over the last year.

On Apple Watch: The report noted that Cook hinted that Apple may have more plans for the health sphere but he doesn't want the watch itself to become a regulated, government-licensed health product. Cook noted that "We don't want to put the watch through the Food and Drug Administration (FDA) process. I wouldn't mind putting something adjacent to the watch through it, but not the watch, because it would hold us back from innovating too much, the cycles are too long." I view that more of an admission that the current generation of health sensors aren't accurate enough to get FDA approval.

On Apple TV: Cook intimated that early sales have been exceptional: "We got out of the shoot extremely strong; very strong in the first few days." A key gauge of the success for such products is the number of apps being developed; Cook says that "it's much larger than we would have predicted." He also says that the apps being developed envisage a much wider variety of activities being conducted via the TV, which is another good sign as to the device's future success and "will really change the living room entirely."

On bringing a TV channel bundling subscription service to Apple TV, it didn't sound the negotiations with the networks were going all that well. The Telegraph asked if Apple was set to launch its own content subscription streaming service and Cook replied "We will see. The key question for us is: can we do something better, that acts as a catalyst? If we conclude that we can, then we would. But I wouldn't do something just to do something." That's not exactly a positive answer. Then again, it just might be Apple's public posture to put pressure on the networks. Time will tell.

On Encryption: Last week we posted a report titled "New UK Law to Forbid Apple & Google from Creating Encryption that can't be opened for Law Enforcement or Spy Agencies." Cook was adamant on this issue as always even though the law will force them to change their policy on some form of security back door. Cook noted that "Any backdoor is a backdoor for everyone. Everybody wants to crack down on terrorists. Everybody wants to be secure. The question is how. Opening a backdoor can have very dire consequences."

It would also be wrong to pick on a few big players, he says. "It's not the case that encryption is a rare thing that only two or three rich companies own and you can regulate them in some way. Encryption is widely available. It may make someone feel good for a moment but it's not really of benefit.

While Cook remains optimistic that the UK (and other countries) will do the right thing on the issue of encryption, it's pretty clear that the UK doesn't share Cook's commercial point of view. As the Telegraph frames it, "in Britain the battle between libertarians and authoritarians has only just commenced."

For those wanting to know a little more on the proposed 'Investigatory Powers Bill' you could always check out a report titled "The Draft Investigatory Powers Bill - what it actually says" that was published just yesterday. Another good read on this matter could be found in today's Guardian report titled "Why tech companies are really worried about the snooper's charter." The Guardian makes it sound like a nasty legal battle is likely to arise if Apple wants to keep their privacy policy in tact.