Today, the U.S. Patent & Trademark Office published a patent application from Apple that reveals Apple's latest Apple Store related invention that covers next generation product display tables that have built in pop-up ports for supplying power and/or data to electronic devices. More particularly, the embodiments relate to tables with ports for supplying power and/or data that can be concealed when not in use. Apple's new tables first debuted in their new Brussels Apple Store that opened in September.

One of the key features to the new table is that they contain advanced sensors such as fingerprint sensors, RFID sensors, or bar code readers may provide increased security within a retailer's store. Such sensors would prevent electrical ports (#206 illustrated below) from being deployed and accessed by an unauthorized person and could inhibit unauthorized use of power and/or data within the store. 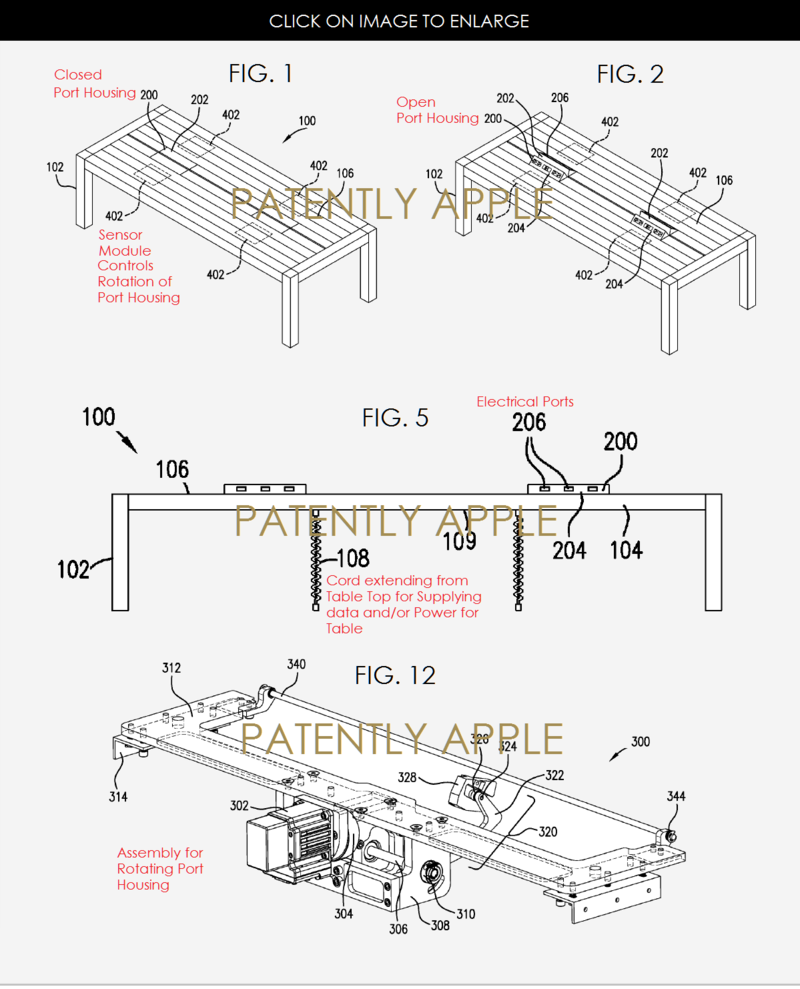 The next-gen display tables for Apple Stores debuted in Apple's new Brussels Store that opened in September. Below are photos from the video of the new Brussels store where you can see the rotating port housing in the closed position and the new cord that's noted in patent FIG. 5 as #108.