Samsung has been working on several possible future smartphone form factors for years now as our extensive flex-display archives bear out. This month a new Samsung patent application came to light at the US Patent Office revealing some refined designs of ideas and concepts that they've been working on for some time. Our full report that could be reviewed at Patently Mobile covers several smartphone designs with a few new twists.

One of the designs that caught my eye as an oddball also illustrated a massive goof. The designer added an iPod icon as one of the favorites apps listed on the concept smartphone menu. The designer is either an Apple fan, or more realistically, a member of the design team that has been manically brainwashed to think of ways of copying Apple at all times. It's an industrial design copycat syndrome yet unnamed. 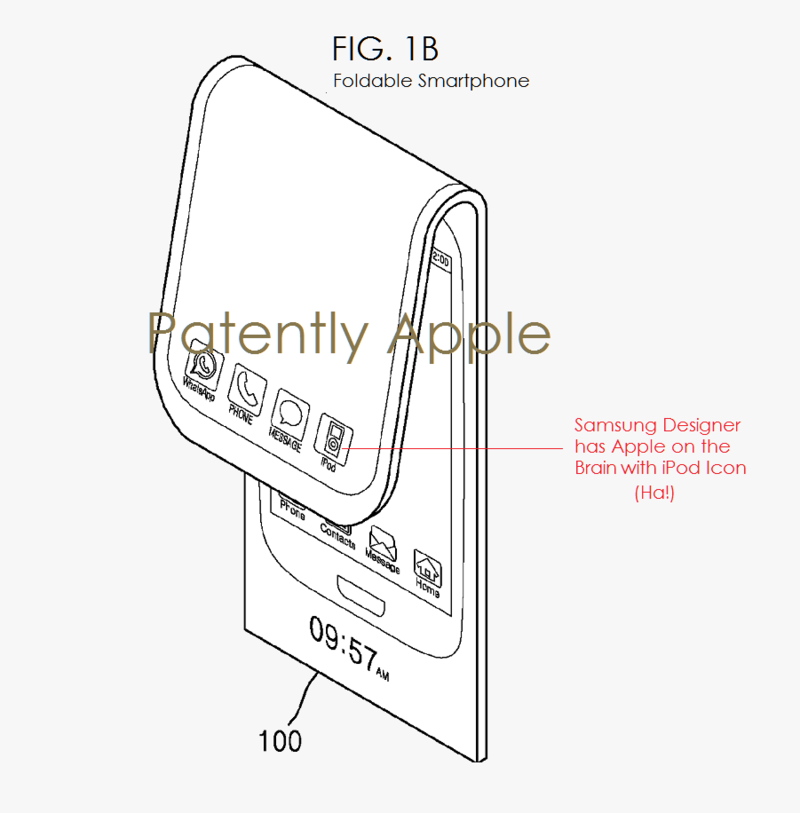 Now that Apple's Plus-series of phablet iPhones have taken away Samsung's growth and market momentum, the company is desperately trying to find the next great thing in smartphone form factors to regain their edge over Apple. So far all they have is a series of designs and patents that have yet come to life.

Their first new flexible display designs known as the 'Edge' series of smartphones have utterly failed to impress consumers. Which new smartphone form factor will they try next to bring them back to meaningful profitability? Only time will tell.