This month the U.S. Patent & Trademark Office published a patent application from Google that reveals various aspects of the technology behind their next-gen autonomous vehicles. Google's invention relates to autonomous vehicles for maneuvering a user or passenger to a destination, for example taking a trip, autonomously. The patent covers everything from encryption keys to authenticate a ride to various aspects of the vehicle. For instance, the vehicle doesn't provide the user with a steering wheel, brakes or gas pedal. The passenger is simply seated in the vehicle as if they were in a cab. Google discusses a control console for users and an emergency stop button system. To put riders further at ease, Google is initiating a concierge service reachable by the center user console or via a user's own smartphone should they feel nervous or are about to freak out over not knowing what to do if something goes wrong, like how to unlock the door of the vehicle which is controlled by an onboard computer system. With Google being miles ahead of Apple's Project Titan at the moment, it's good to stay on top of the developments in this area of technology. 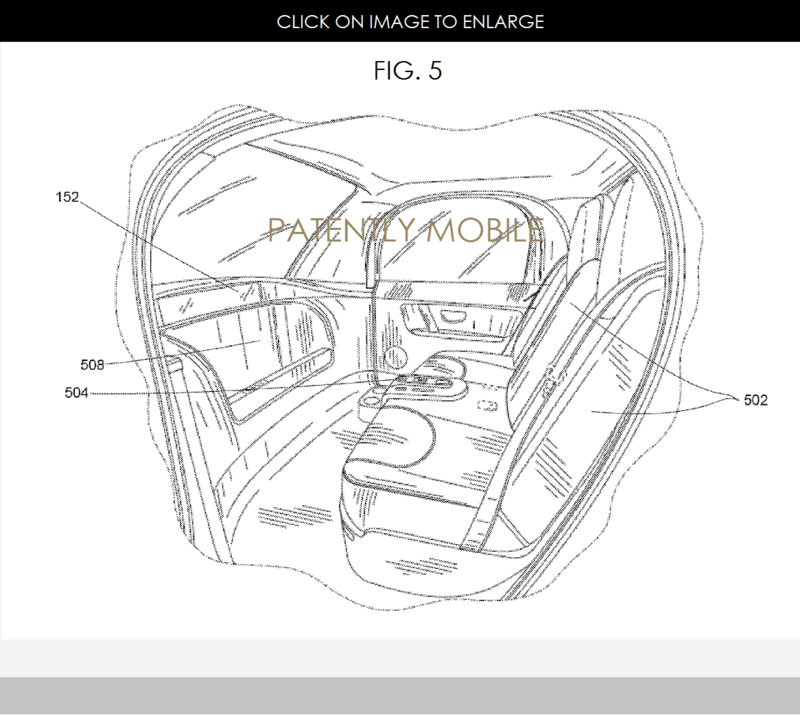 Google's patent FIG. 5 illustrates the basic interior of their next-gen autonomous vehicle. To view a close up of the key center control console #504 see our full Patently Mobile report here.

At the moment it's unclear what Apple's Project Titan's goals are. Is Apple thinking of designing an advanced Driver Assistance System covering a Heads-Up-Display for various car makers? Is Apple aiming to design and build advanced electric vehicles to challenge Tesla? Could it be a project to build an autonomous vehicle that catches up and goes beyond what Google is shooting for? Only time will tell.