Two weeks ago Facebook officially launched 'Instant Articles' for the iPhone. Today after the bell, Facebook announced earnings of 57 cents per share beating expectations of 52 cents reports CNBC. Sheryl Sandberg, chief operating officer at Facebook, told CNBC that "We think we have the best mobile ad product in the market. We're able to target, we're able to measure. We have broad scale." And with that positive news and perspective, Facebook announced that it is preparing its latest push into news with a new standalone app called Notify that is scheduled to launch next week, with content from dozens of media partners including Vogue, the Washington Post and CBS, reports the Financial Times.

The standalone app will alert users to new stories from professional media outlets as Facebook squares up against Snapchat and Twitter in a battle for mobile news, raising the stakes for media and publishing companies trying to reach the smartphone generation.

The Financial Times notes that "Notify, Facebook's follow-up to Instant Articles, will be made available as a standalone app next week, according to people familiar with its plans. It will feature content from a range of print, digital and video companies, including Vogue, Mashable, CNN and the Washington Post. CBS, Comedy Central and Billboard magazine are also involved. 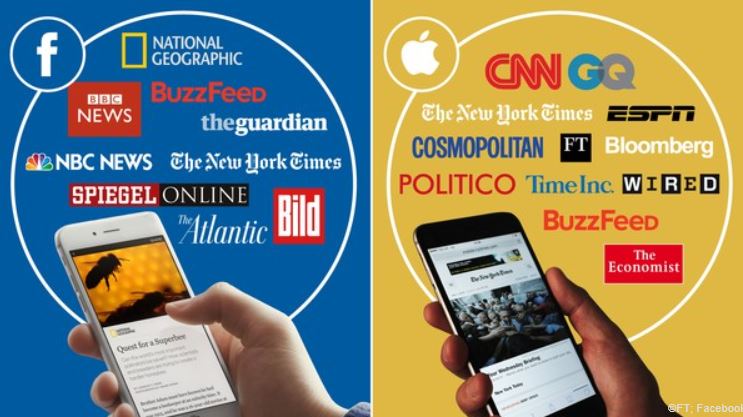 Facebook is hoping to fend off a challenge in this growing market from its smaller rivals in social networking, Twitter and Snapchat. Apple has also shown renewed interest in the sector with September's launch of its new News aggregator app.

With Facebook executives recently mandating that employees had to dump their iPhones for one supporting Android, it'll be interesting to see if many Apple fans will choose to adopt Notify next week.