CNNMoney's Brian Stelter got an exclusive look at the new iPad Pro from Apple Senior Vice President of Internet Software and Services Eddy Cue and earlier today Tim Cook visited the UK headquarters of Touchpress and tweeted two photos that are presented below.

The CEO of Touchpress stated today that "We've been working on a couple of projects for iPad Pro and this was the first time we got to show someone outside of Touchpress. The iPad Pro makes our apps look stunning: its powerful speakers and huge display make our apps fizz with sound and color. We also found that the Apple Pencil made a huge difference to the way you interact and engage with our apps. It's always challenging working on apps and it's frustrating we can't say more, however, I think when the world experiences the iPad Pro in the next few days, they will share our excitement about the possibilities that these powerful devices open up.' 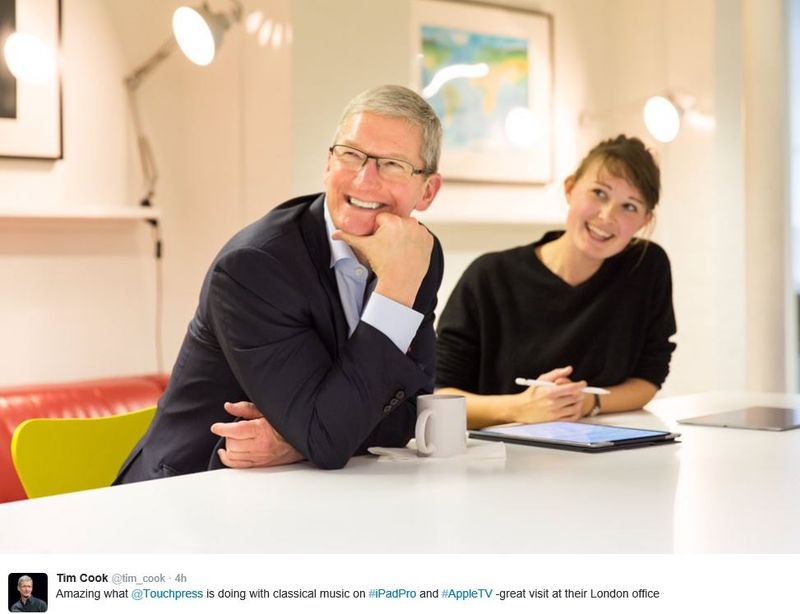 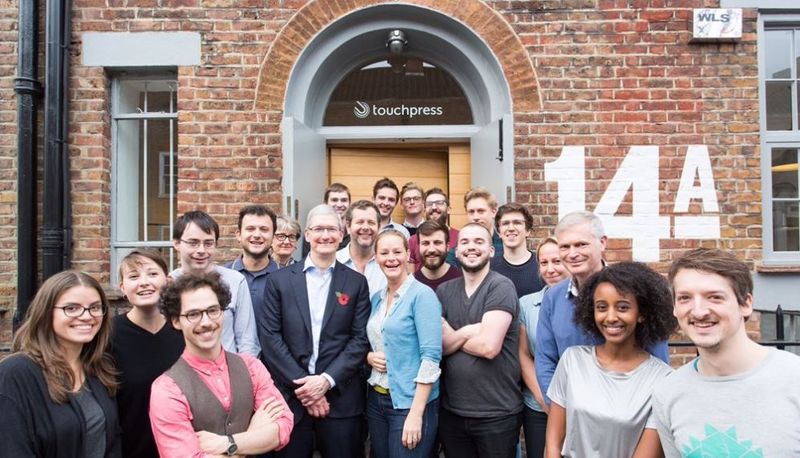 Cook noted in an interview that Apple "didn't really do a stylus, we did a Pencil. The traditional stylus is fat, it has really bad latency so you're sketching here and it's filling the line in somewhere behind. You can't sketch with something like that, you need something that mimics the look and feel of the pencil itself or you're not going to replace it. We're not trying to replace finger touch, we're complementing it with the Pencil."

Where the iPad Pro is concerned, Alex Johnston, Chief Marketing Officer of Touchpress told the Independent that "For a business like Touchpress with the kind of content we like to produce, we value the more beautiful screen, the better audio. We re-imagine familiar music or text in a way to give you fresh perspectives on it. So having more screen real estate allows us to do that a lot.

Johnson added that "The thing that struck me the most is that it completely transformed the iPad experience when you use the Pencil or the Keyboard with it. It's not just that I want it because it's the best iPad, it's that the tools that go with it allow me to do things that my finger won't allow me to do." You could catch much more of the of the UK's 'Independent' report here.