Today the U.S. Patent & Trademark Office published a patent application from Apple that reveals their most advanced OLED display technology to date for an iDevice. Apple reveals a unique silicon-OLED display that will be brighter and thinner while allowing them to integrate a fingerprint reader under the display that could elimination the need to use the Home Button for Touch ID if they so choose. An integrated Silicon-OLED display and touch sensor panel could also be coupled with one or more fiber optic magnifiers to achieve a portable electronic device with extended touch and display capability.

OLED displays can display brighter and more vibrant images in a thinner and lighter package compared to LCD displays, making them suitable for use in compact portable electronic devices.

Stackup configurations can include a Silicon substrate, an array of transistors, one or more metallization layers, one or more vias, an OLED stack, color filters, touch sensors, and additional components and circuitry.

Forming the OLED stack and touch sensors on a Silicon substrate can allow for an extremely high number of pixels per inch.

With a high number of pixels per inch, the OLED subpixels can be arranged side-by-side with the touch sensors leading to portable electronic devices that are thinner and lighter.

Arranging the OLED subpixels side-by-side with the touch sensors can also lead to a wider viewing angle display with a higher contrast ratio, higher brightness, and more vibrant colors without compromising touch sensitivity.

Due to the higher number of pixels per inch, the stackup configurations can also include one or more additional components such as electrostatic discharge devices, switches, near-field imagers, near-infrared emitters, and near-infrared detectors. The additional components can improve the functionality of the device by consuming less power, enhancing touch sensitivity, and enhancing fingerprint detection capabilities.

In some examples, the integrated Silicon-OLED display and touch sensor panel can be coupled with one or more fiber optic magnifiers to achieve a portable electronic device with extended touch and display capability. 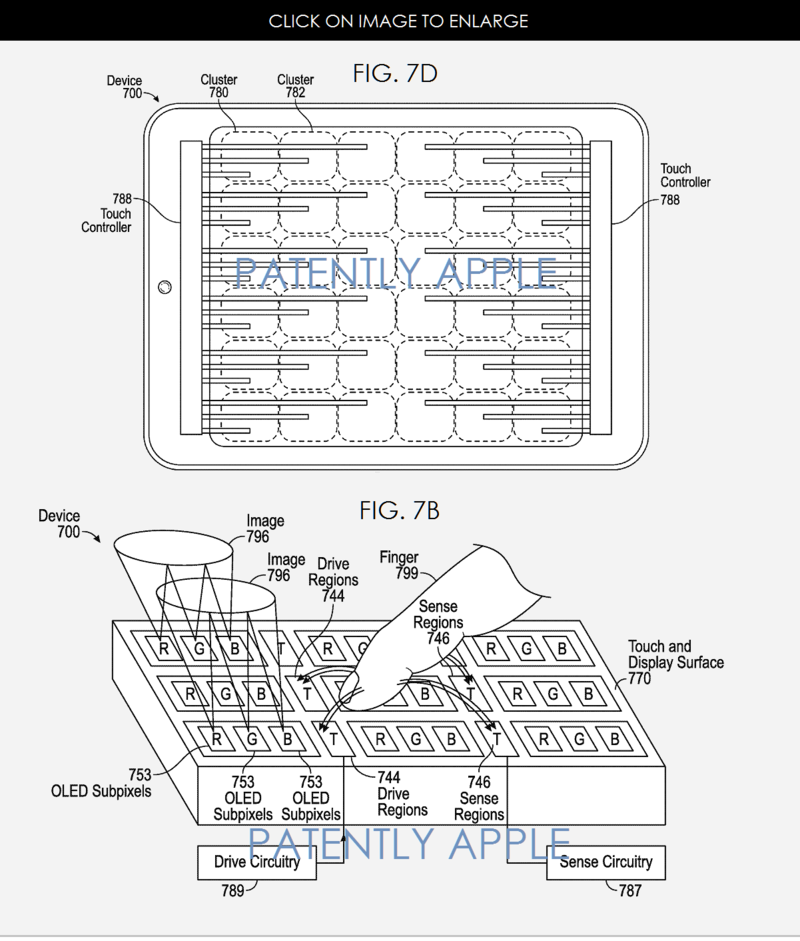 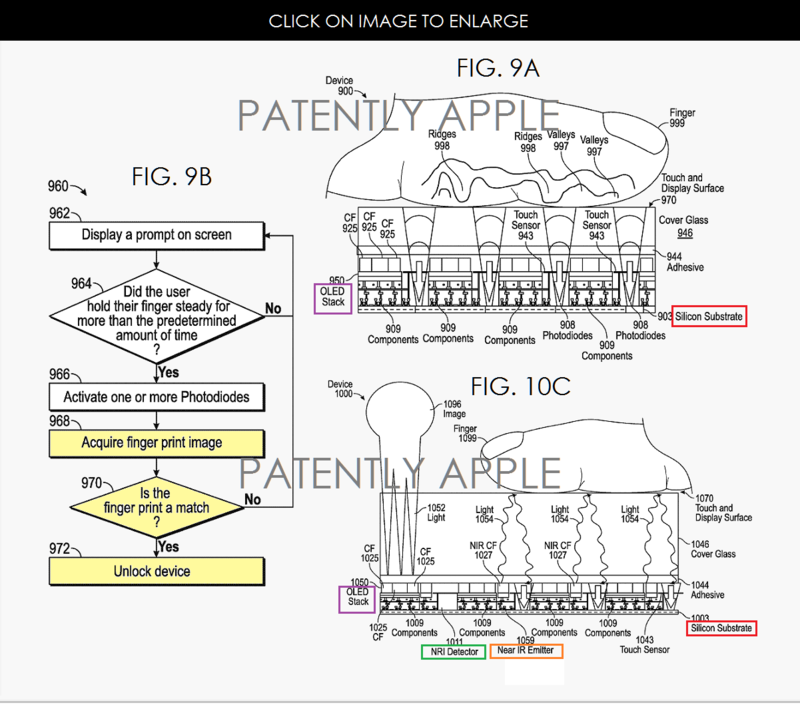