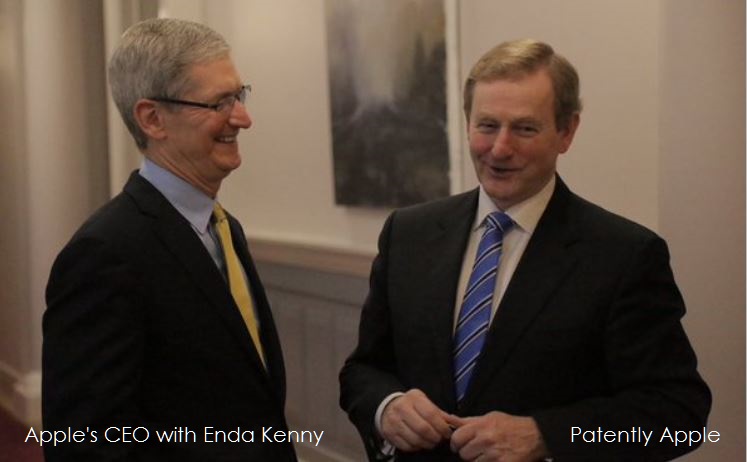 In early October we posted a report titled "Fiery Irish Finance Minister Says they'll fight any Negative Ruling Regarding their Tax Deal with Apple." With the tension over that tax issue mounting, the announcement today that Apple is planning to expand its campus in Cork Ireland and provide space for 1,000 more staff by the middle of 2017 came as pleasant surprise for many. Our cover graphic shows Apple's CEO with Enda Kenny.

The news came during a visit by the Apple Chief Executive Tim Cook to Dublin this morning, reports RTE News. Apple's CEO was also honoured by the Philosophical Society at Trinity College Dublin with its Gold Medal of Honorary Patronage. He was given the honour at a ceremony attended by hundreds of staff and students at the university this morning. 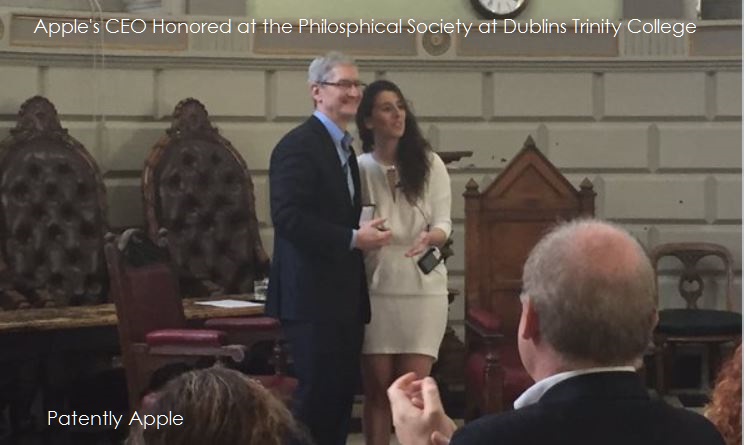