Today, the U.S. Patent and Trademark Office published two patent applications from Apple that cover waterproofing and ejectable iDevice corners that are designed to protect a device by deploying prior to hitting a surface during a dropping incident. These shock absorbers also double as part of a floating system so that iDevices that fall into a body of water won't sink. Apple also describes a second system for waterproofing audio components today. Apple describes inflating a moisture resistant material in an iDevice by inputting pressurized gas into a first chamber of the audio component that could create a seal.

Because users are in possession of these devices in many environments, they are sometimes dropped or otherwise exposed to shock events involving rapid acceleration or deceleration. In addition, these devices may sometimes be exposed to elements such as water and may even be dropped into water environments such as a lake, ocean, or even a bathtub or sink within the home.

The improved housing includes shock absorbers which may be deployed to protect the device and the housing from damage due to an unexpected acceleration such as from having been dropped. In one embodiment, the shock absorbers are deployed from one or more corners of the devices in order to absorb the shock from the fall.

In one embodiment, the shock absorbers on the portable electronic device are contained within the housing and only deployed when rapid acceleration is detected by an accelerometer within the portable electronic device indicating that the movement being experienced by the device is inadvertent due to a drop or other unforeseen event. The shock absorbers may be retractable such that, after deploying in the event of a drop, they may be retracted by a user into the housing and may be later deployed again if necessary. In another embodiment, the shock absorbers may include replaceable pads if the pads have deteriorated due to age or have become worn and less aesthetically pleasing to the user. In the event of a water landing, the user may decide to replace the pads for hygienic or other reasons.

Making an iDevice Floatable in Water 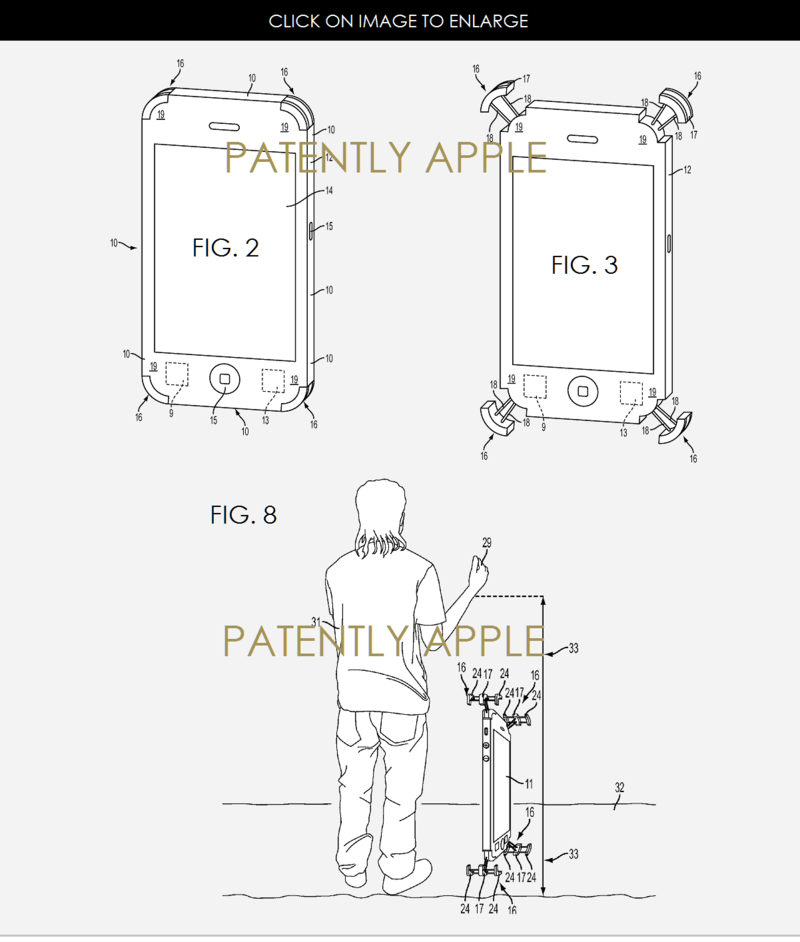 Beyond the idea of making the iPhone floatable in water, Apple has filed yet another patent application regarding the waterproofing of iDevice components marking their third such invention in the last 30 days. 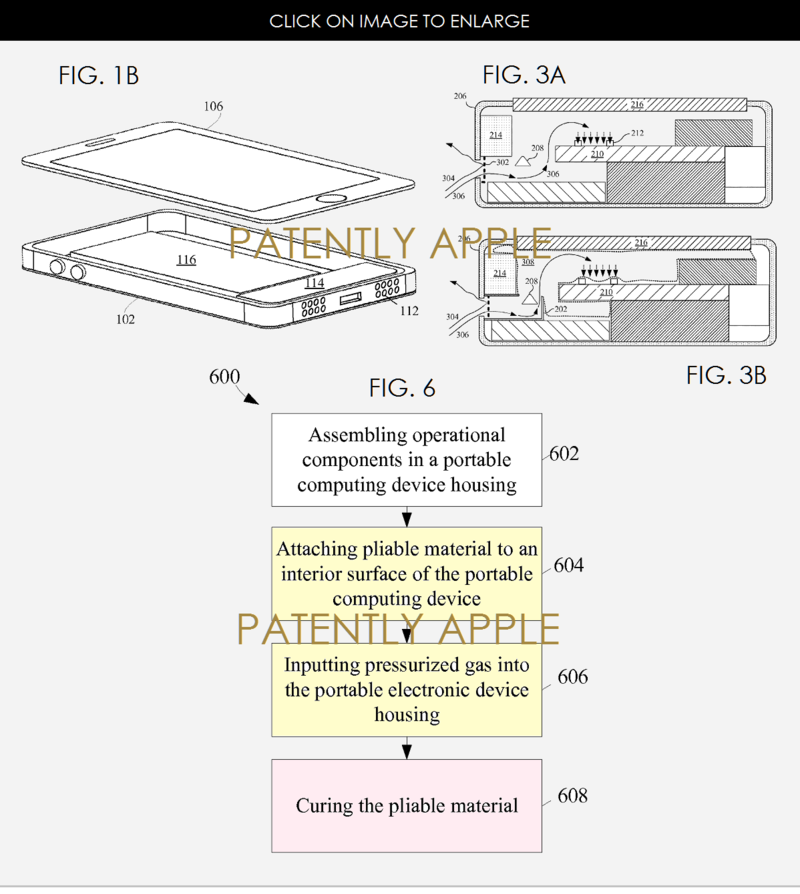