Last week we posted a patent report titled "Apple Reveals Third Waterproofing Patent this Month & Ejectable iDevice Corner Shock Absorbers that Float." Apple's focus on waterproofing continues this week with their fourth patent in as many weeks titled "Electronic Devices with Housing Port Shutters." Apple notes that a new shutter system could be activated automatically or manually by the user to prevent moisture or contaminants from entering sensitive audio components such as a speaker or microphone. 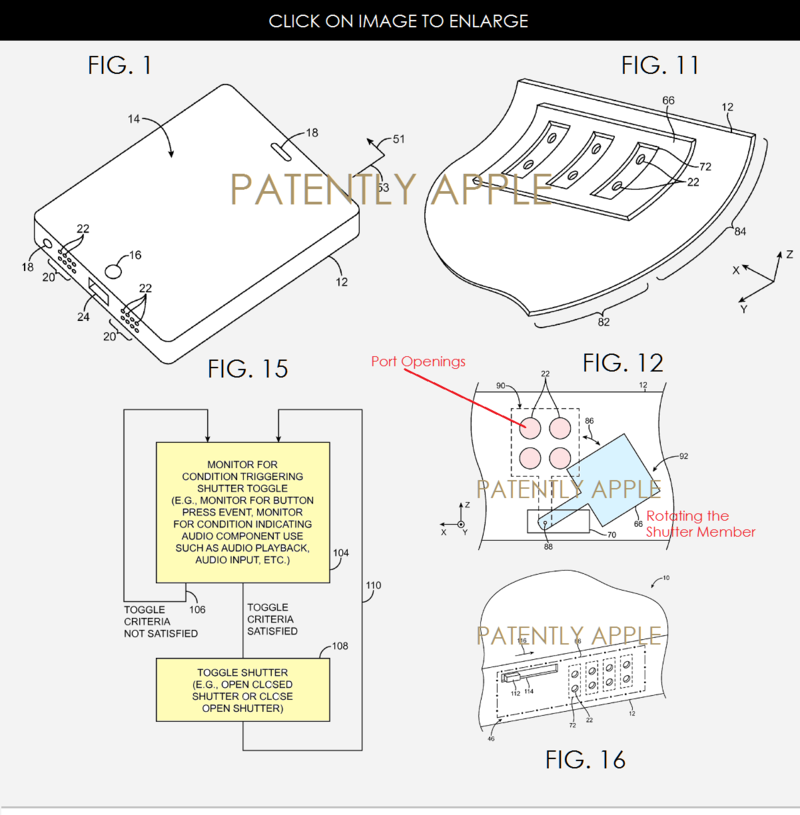