Today, Patently Apple is first to report that the U.S. Patent and Trademark Office has published a patent application from Apple that's titled "Glove Touch Detection." According to Apple, touch sensitive devices could be used in environments where an object touching a surface of the touch sensitive device could be separated from the surface by a barrier. For example, a user could be wearing a glove on one or both hands or have a bandage on one or more fingers. The barrier could create a separation between the object and sensors of a touch sensor panel and degrade the sensors' ability to identify the object as touching the surface of the touch sensitive device. Apple's invention dynamically adjusts the conditions for identifying inputs made with a glove on a touch display. Although Apple is clearly behind the curve on this feature, perhaps they'll deliver a better overall experience than is available today from competitors such as Samsung. 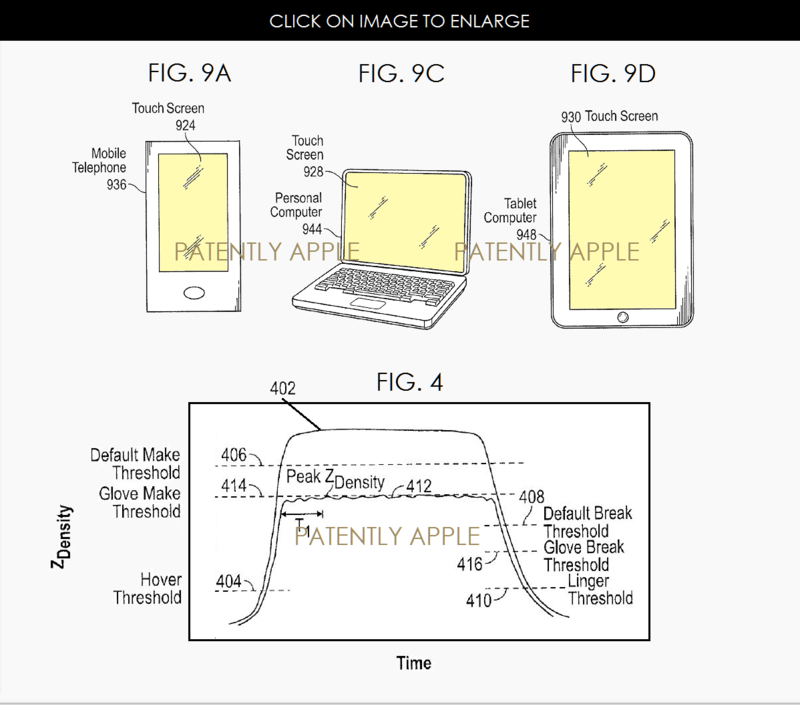 Samsung introduced such a feature back in 2013 for the Galaxy Note 3. While it wasn't perfect, it worked as you could see in the GottaBeMobile video below.

For more of the technical details, check out Apple's patent application 20150338983 which was originally filed in Q2 2014. Considering that this is a patent application, the timing of such a product to market is unknown at this time.