Apple's patent FIG. 1 noted below is a diagram that illustrates a mobile device in an urban environment where some direct line-of-sight signals from some satellites may be obstructed by buildings or other objects.

Such a model might include wire frame objects representing buildings, trees, and other relatively permanent structures, for example. Thus, such a model can represent the dimensions and geographical coordinates of the objects in the environment. The model might encompass a 3D region having a specified volume. For example, the model might be a section of a grid occupying a specified quantity of cubic meters on a master map. Using the model, the mobile device can determine heights of all of the buildings in the vicinity of the area in which the mobile device is roughly estimated to be. 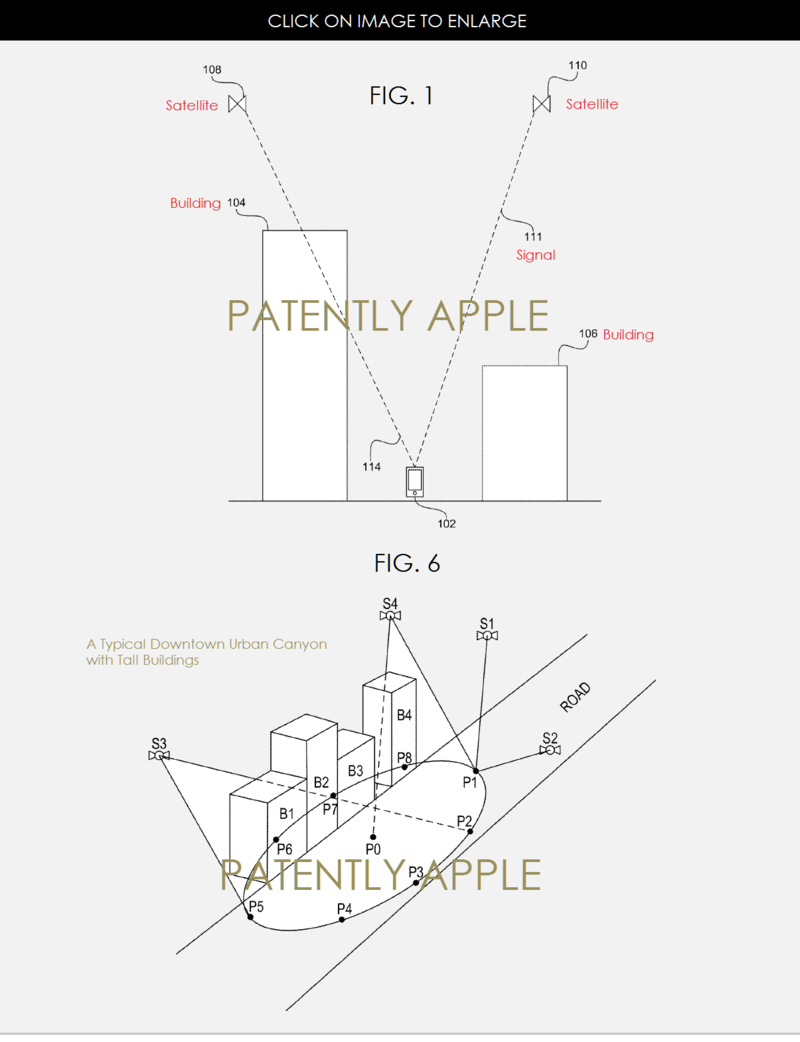 Apple's patent FIG. 6 is a diagram that illustrates how signals from various satellites to various sampling points within a region can be occluded by buildings that are represented within a digital 3D model, according to an embodiment of the invention. As shown in FIG. 6, a sampling point P0 is at the center of an elliptical region in which the mobile device is roughly estimated to be. Sampling points P1-P8 surround sampling point P0 along the boundary of the elliptical region. Four buildings B1-B4 are represented within a digital 3D model within and around the region. Four satellites S1-S4 have known position, velocity, and time (PVT) values. 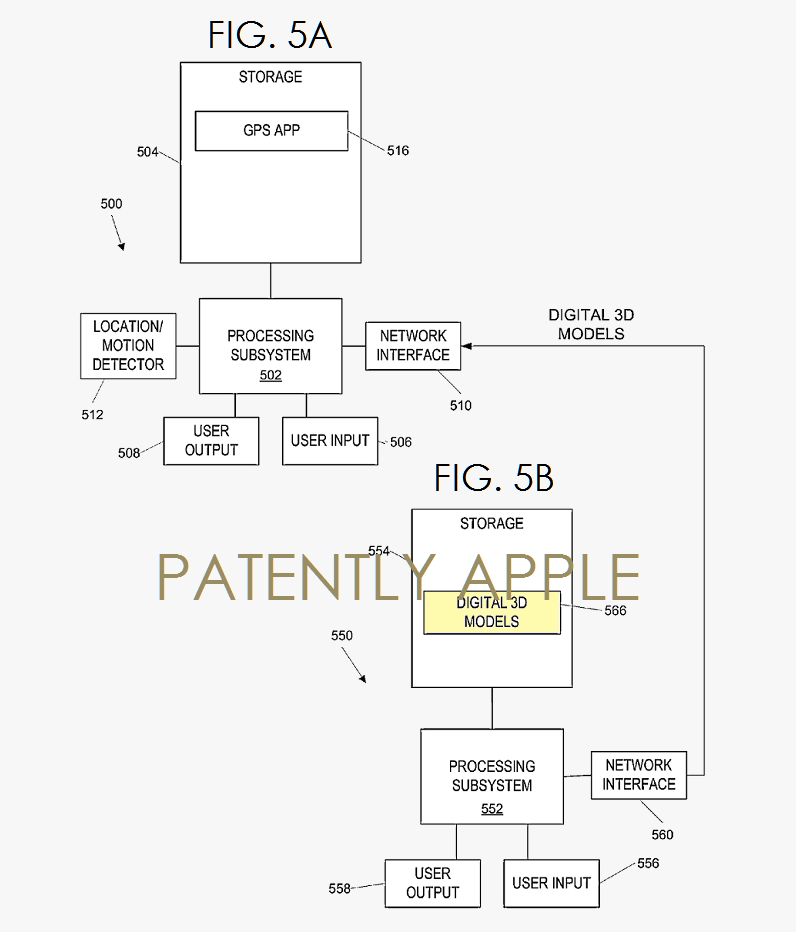 Patently Apple covered Apple's first patent application regarding the problem of urban canyons using a different approach back in 2014 in a report titled "Apple Introduces Sensor-Assisted Location Technology that will combat the Problems associated with Urban Canyons."