On July 25, 2013, the US Patent & Trademark Office published a patent application from Apple that revealed charging techniques for Solid-State batteries. Solid-State batteries fall into low-power density and high-energy density categories. On the latter side of the equation, Toyota is working on a Solid State battery for 2020 vehicles that will deliver 3 to 4 times battery life. In the short term Apple is likely interested in the low-power side of Solid-State batteries for iDevices and likely future wearable computers. According to Wikipedia, Solid-State batteries "are easy to miniaturize and can be constructed in thin film form," which would be great in context with bendable devices and those with flexible displays. They also eliminate the problem of electrolyte leakage found in traditional batteries. Today, the U.S. Patent and Trademark Office officially published Apple's invention as a granted patent. In 2013, Apple's Project Titan was unknown. So in the longer term, Apple's work on solid-state batteries could extend to the high-energy side of the equation for a future vehicle. 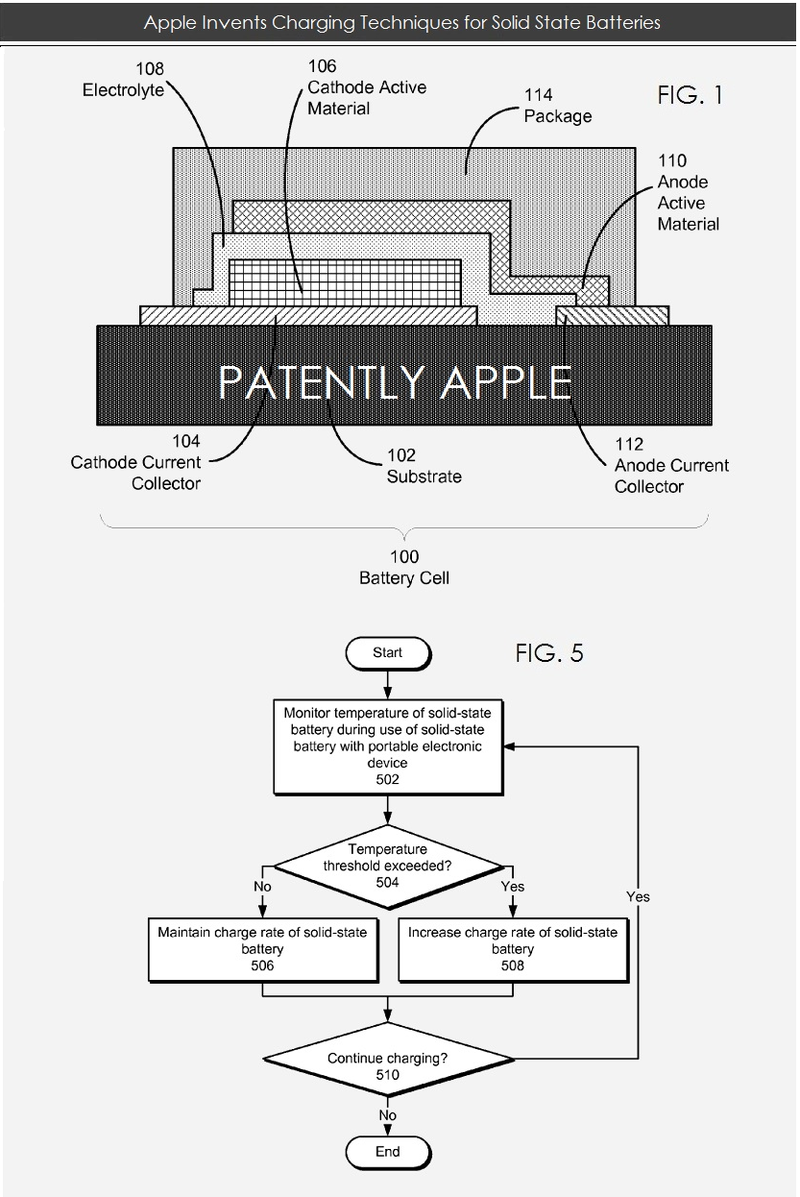 Apple's patent FIG. 1 shows a cross-sectional view of a battery cell; FIG. 5 shows a flowchart illustrating the process of managing use of a solid-state battery in a portable electronic device.

Apple's invention could apply to portable electronic devices such as the iPhone, MacBook, iPad, iPod and beyond.

Apple's granted patent 9,197,096 was originally filed in Q1 2012 and published today by the US Patent and Trademark Office. For more on this invention, see our 2013 patent application report.