Today, the U.S. Patent and Trademark Office published a patent application from Apple that reveals a possible future iteration of the Magic Keyboard. According to Apple's patent filing, the new keyboard design will support multiple LEDs per key. The design will allow for key customization so that an application or game could brighten up certain keys over others and assist the user in seeing the important keys at a glance to control certain specific functions.

Computers have become more user-friendly with the advancement of technology. Many computing devices are designed to provide an intuitive user interface that is less taxing on the user. For example, many user interfaces can now learn and adapt to the inputs of a user over the lifetime of the computer. Although these technologies can improve the efficiency a particular computer, they may fall short when the hardware of the computer does not provide a dynamic interface for relaying information to the user. For instance, the introduction of touch screens has provided an added level of dynamics for computers that could not have been provided if users were still limited to a mouse and keyboard configuration. Touch screens are dynamic in their ability to adjust and present a user with an almost infinite number of interfaces for interacting with a computer. Conversely, a keyboard is an example of a particular piece of hardware that has continually lacked dynamics. Despite computers becoming more useful for a variety of personal, business, and manufacturing tasks, keyboards have hardly changed beyond their original design. Physically, some keyboards have improved by providing a single backlight that allows the user to see the keys of a keyboard better. However, such backlights are typically static and therefore do not provide any additional utility beyond improving the visibility of keys.

Apple's patent FIG. 3 noted below illustrates an embodiment of the keyboard having multiple LEDs per key 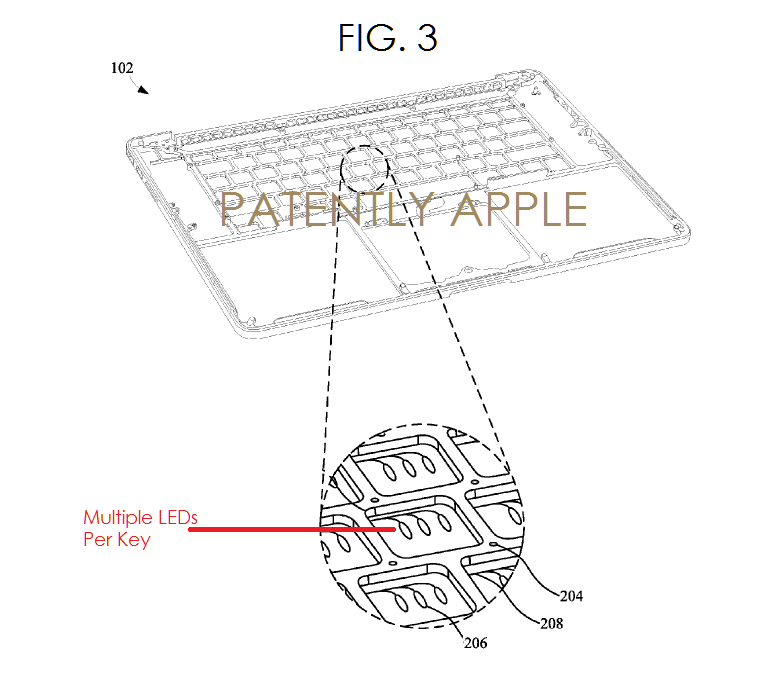 Apple's patent FIG. 5 illustrates the calibration of the keyboard of a MacBook. 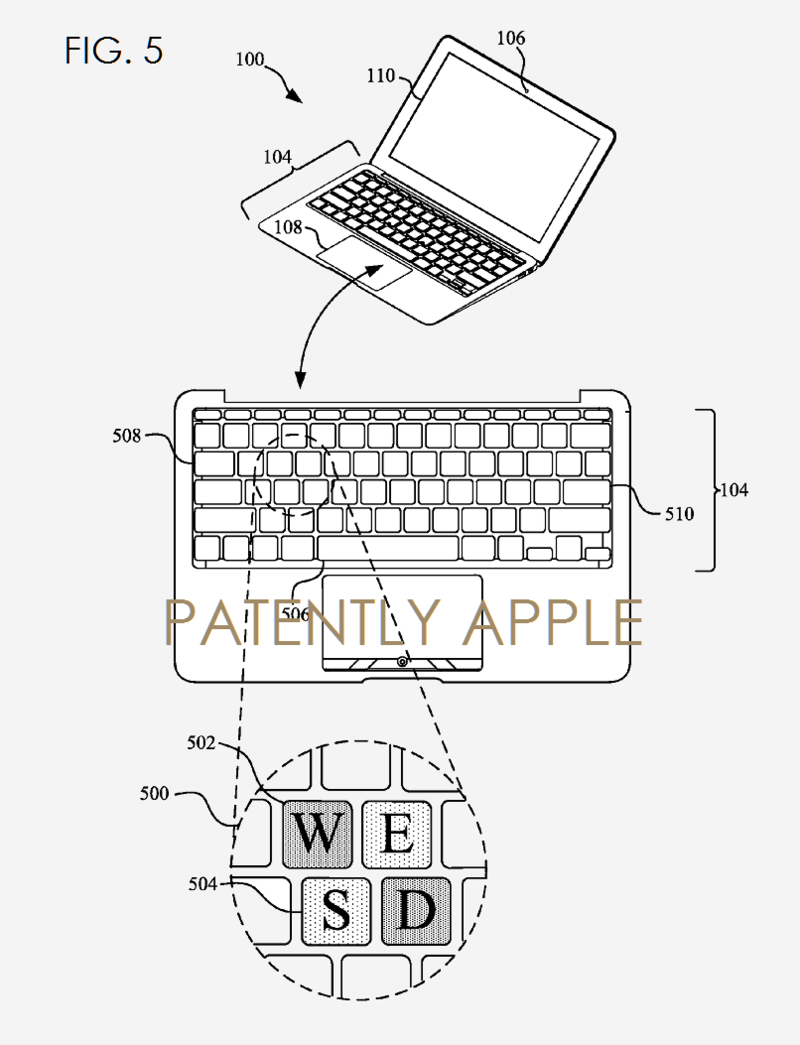 For more details and scenarios see Apple's patent application 20150334799 which was originally filed in Q2 2014. Considering that this is a patent application, the timing of such a product to market is unknown at this time.