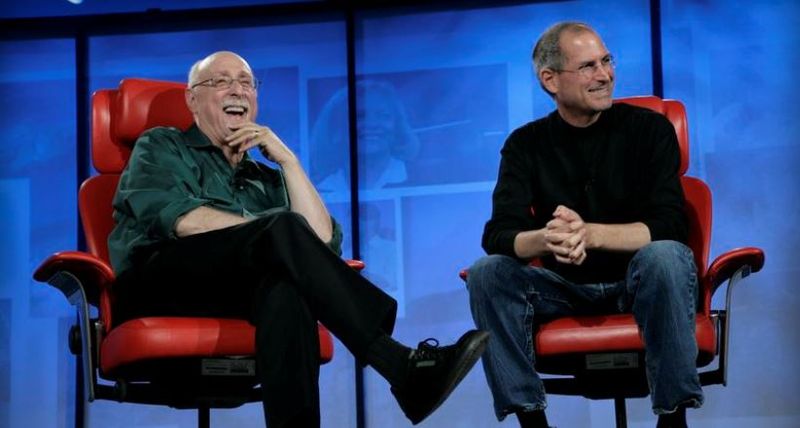 Like a killer great white shark, Walt Mossberg comes out of nowhere to rip Aaron Sorkin and his film to shreds in one of the best commentaries that I've read in years. In this must read, Walt Mossberg states that "In 1941, the brilliant writer and director Orson Welles made a movie loosely based on a famous, powerful, contemporary American business figure — the newspaper magnate William Randolph Hearst — that showed him in a bad light. He took artistic liberties with the character. But he didn't call the movie Citizen Hearst. He called it Citizen Kane, and it's now regarded by many as the best film ever made.

In 2015, the brilliant writer Aaron Sorkin made a movie loosely based on a famous, powerful, contemporary American business figure — the technology innovator Steve Jobs — that showed him in a bad light. He, too, took artistic liberties with the character, and with events. But, his entertaining work of fiction isn't labeled for what it is. It's called Steve Jobs and is based in part on Walter Isaacson's authorized biography of the man.

As a result, for the multitudes of people who didn't know the real Steve Jobs, Mr. Sorkin's film, which opens nationally Friday, will seem like a factual, holistic portrait of a great man, despite the screenwriter's continuing protests that it's no such thing and wasn't meant to be a "biopic."

Unlike Mr. Sorkin, I did know the real Steve Jobs, for about 14 years — the most productive and successful 14 years of his career. I spent scores of hours in private conversations with him over those years, and interviewed him numerous times onstage at a tech conference I co-produced. And the Steve Jobs portrayed in Sorkin's film isn't the man I knew.

Sorkin chose to cherry-pick and exaggerate some of the worst aspects of Jobs' character, and to focus on a period of his career when he was young and immature. It would be as if you made a movie called JFK almost entirely focused on Kennedy's womanizing and political rivalries, and said nothing about civil rights and the Cuban Missile Crisis."

In the end, Mossberg wrote: "Steve Jobs wasn't perfect. He was difficult. He was unnecessarily rude and brusque at times. He lied. But he also mellowed and grew as a person, and that mellowing coincided with the best part of his career. Mr. Sorkin opts to hide all of that from his audience. The best of the real Steve Jobs begins to unfold just as Steve Jobs ends."

It's a riveting commentary that truly speaks for many of us that watched Jobs' keynotes live and truly appreciated his tenacity, passion and focus in bringing Apple back from the abyss that it was no doubt facing back in 1997. Thanks Walt, you spoke for many of us today.