The Movie 'Steve Jobs' Bombs at the Box Office Nationwide In a new report published late this afternoon it's being reported that the most frustrating stumble at the box office this weekend was the 'Steve Jobs' movie by far. After scoring the year's best per-screen average two weeks ago and slowly expanding with positive results, 'Steve Jobs' failed to stick the landing when it was finally ready to go nationwide. It made a disappointing $7.3 million from 2,443 locations. That barely beat the $6.7 million that Ashton Kutcher's critically excoriated 'Jobs' made in its initial weekend, reports Variety.

After saying that I wouldn't see the film, my wife wanted to see it because she's a fan of Sorkin's writing and the acting of Jeff Daniels in the Network TV show that Sorkin wrote. And while the writing played out well for a movie in general, it was a take of Steve Jobs like the Twilight Zone was to reality.

What stood out for me was the feeling that the Woz wasn't just an advisor; he wanted his anger against Steve Jobs to be finally vented with no Steve Jobs to answer back. A couple of scenes in the movie showed us private conversations between the Woz and Jobs that we could never verify and that try to make the Woz the victim of Steve Jobs' distortion field. The same goes for scenes with John Sculley that were so invented in a dream world in an effort to change what has been written about Sculley.

Even Sorkin admitted to Mashable in a recent interview that "You can tell that the weight of that thing that's been hung around him for all of these years kind of ruined his life." Sculley, whom Sorkin insists is a "very nice guy," has never really spoken to anyone since he left Apple in the eighties. But recently, he married a woman –- Dianne –- who's "made it her life's work to get him out there, to get the real story told and to give him his life back."

That latter statement rings true because I wrote a report back in 2014 slamming Sculley and had an angry email sent to me from Sculley's spouse. And while John is likely a really great guy, trying to change what has been written about the clash between Sculley and Jobs can't be changed because Sculley sent his testimony to Sorkin to change the entire conversation.

Mashable wrote that "The most spectacular scene in the film sees Jobs and Apple CEO John Sculley (played by Jeff Daniels) verbally sparring, having two intertwined arguments from different time periods. It's a brilliant piece of filmmaking that tackles the issue of how and why, exactly, Jobs left Apple in 1985 and is partially based on notes Sculley sent Sorkin during his research.

Sorkin stated that Sculley "sent me a fantastic, comprehensive document. If you were in the White House press corps, you'd call it a tick tock of that night, the night of the unsuccessful coup, the night that he almost flew to China but got the phone call saying 'If you get on that plane you will not have your job when you land', all of that.

"It was fascinating, and I knew I wanted to dramatize it. Especially because it differed from the conventional record of what happened, that Sculley was just a sort of a stupid suit that didn't understand the creative genius of Steve Jobs and so fired him."

Yes it was so different from everything in history written on the matter you'd have to question it under a microscope because it only came out because Steve Jobs can't call it a lie. But Sorkin saw it as the definitive heart of his movie 'Steve Jobs' which makes it all the more fiction that should have never been made.

In the end, the movie had some entertainment value but it had no soul for Steve Jobs. It was Steve Jobs in a box. There was no mention of his great success with Toy Story, no mention of Steve Jobs being happy with his family with Laurene Powell Jobs. No mention of Jony Ives (… are you kidding me?). This was a hacked film serving only those that needed redemption.

The only part I appreciated was the role of Joanna Hoffman played by Kate Winslet, only because I never knew the extent of her relationship with Jobs. Michael Fassbender played his role well and worked with the script he was dealt with whether you agreed with it or not.

But it's clear by this weekend's box office that while people want to see a film about Steve Jobs, they want one that truly finds a path from the original Macintosh to NeXT to Toy Story to Apple through to the iPad. They want to understand how he worked with his core team players (Jony Ive, Tim Cook Eddy Cue, Avie Tevanian, Scott Forstall, John Rubenstein and others) and to touch on his family life with Laurene Powell Jobs. 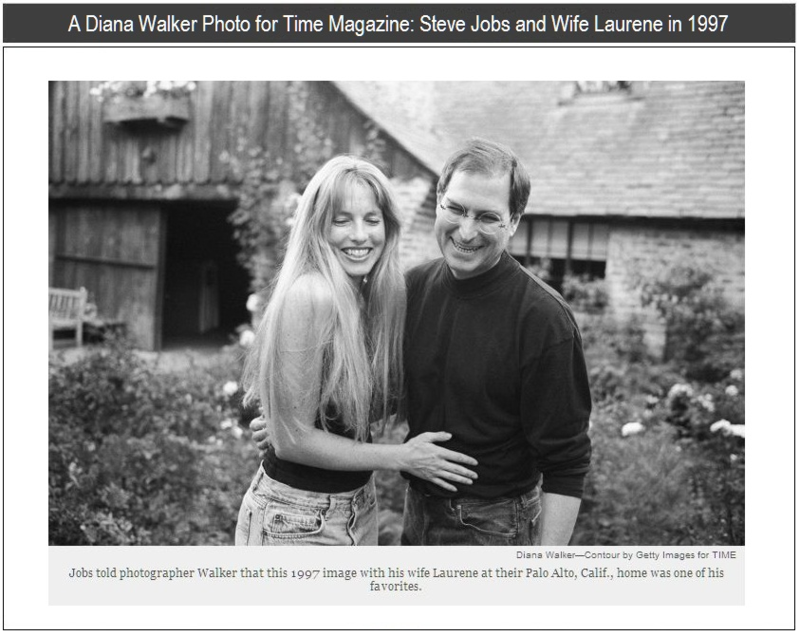 And while I'm sure there were some legal mines that Sorkin had to dance around, the fact that the Steve Jobs movie is fixated on Steve Jobs' daughter Lisa is unforgiveable to the family and children that Steve Jobs adored.

In the end, another wannabe Steve Jobs movie goes into the dustbin of history. Here's to the day when we'll be able to see a movie worthy of viewing that portrays the Steve Jobs that the Apple community so loved and still miss.