The iPhone 6s officially lands in Korea next Friday and their competitors, some in the Korean press and maybe even the government are absolutely freaking out preparing for the impact of the "iPhone 6s Crisis." One Korean website states today that "It seems that mobile telecommunication market will be active again due to a great competition in Smartphone market. Some people are raising concerns about whether or not iPhone crisis that occurred last year due to iPhone 6's release will recur again."

If you recall, Apple smashed sales records last year in Korea to heights never seen before by a foreign competitor and skyrocketed them to take a 33% market share in the key holiday season with the release of their first phablet that took on Samsung's popular phablets head on.

The success of the iPhone 6 in Korea had their competitors and even the government all screaming for reform in subsidies to ensure that Apple could never repeat their success in Korea again. Yes, it was really that much of a frenzy in Korean tech news circles. We covered the hysteria in a special report titled "Apple's iPhone Success has rocked the Korean Smartphone Industry into Pure Hysteria." It was playing out like a soap opera in the Korean press with everyone pointing fingers at how could such a 'crisis' have been allowed to happen.

In such a guarded market where Apple isn't able to build their own Flagship stores in Korea due to the government's red tape, the fact that Apple's iPhone 6-Plus was still able to rock the Korean market was nothing short of being a phenomena. 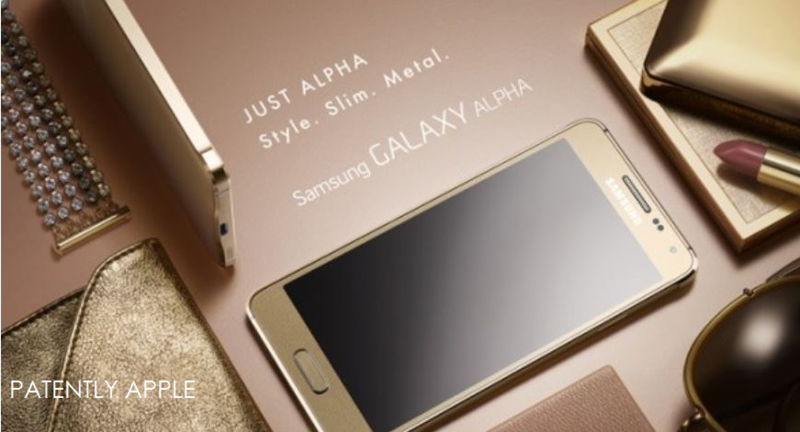 Getting ready to compete with the iPhone 6s line-up, Samsung rushed to introduce a pink gold option for their Note 5 smartphone yesterday to make sure that Apple wouldn't be able to beat them on tapping into the color of the year. When Apple introduced the iPhone 5s in Gold, Samsung was caught flat footed and released a gold version of their Galaxy Alpha, as noted in the graphic above, way too late in the holiday season cycle to matter. In the end, Samsung's iPhone 5 clones failed to make a dent in the market.

Today a coordinated mystery hiccup occurred where the three major telecoms announced that they would delay the launch day of the iPhone 6s preorder sales that were to begin today. The Korean report noted that "This is an extraordinary case that the sales schedule of iPhone is changed abruptly in just one day before launching."

It will now be a shortened iPhone 6s pre-sales window between October 19 and 22. While one official went on record to say the delay was due to promotional plans, you have to question the likelihood of three fierce competitors playing that nicely so as to delay pre-sales at the last moment? Delaying the pre-sales from starting on a busy weekend to the slow traffic of any Monday is a little suspicious at best. In my view, this was a very calculated move to slow the iPhone 6s momentum going into next Friday's launch.

It should be noted that the Korean tech site was honest enough to post the rumor making the rounds about this strange occurrence. They noted that "there are rumors that the Korea Communications Commission (KCC) summoned marketing executives of the telecom companies and recommended them to delay the date of reservation sales due to concerns about market overheating. KCC, however, denied such rumors, saying, "We did not ask mobile operators to delay the preorder sales. It's totally groundless."

Then again, what do you expect them to say publicly? Any proof of such a meeting would most certainly set off an international trade disaster with legal ramifications. And yet in context with the noted hysteria that took place last year on record, it wouldn't be surprising in the least that such a meeting took place to slow down iPhone mania. So we deeply appreciate the Korean Press for making this rumor public.

In the end, Apple's coming iPhone 6s has all the major Korean smartphone market players tensed up and worried as to whether Apple will be able to appeal to Korean consumers as it did last year. They're calling it the 'iPhone Crisis.' And in one report they described it this way: "There are clouds hanging over South Korea's Smartphone market as the day of iPhone 6S's release is coming near."

They almost make it sound like a promotion for a scary disaster movie. Then again, it might be if Korean consumers come out in numbers as they did last year to catapult Apple's smartphone market share into Korean history books.

So get your popcorn ready next week because the disaster movie is set to begin. Will the "iPhone Crisis Part II' deliver the same excitement as last year's original? Only time will tell.