The ad-supported Internet radio company delivered several bitter pills to investors and admitted it got dinged by customers sampling Apple's launch of rival Beats One, along with the launch of its subscription streaming service, which was on a free trial during the quarter. 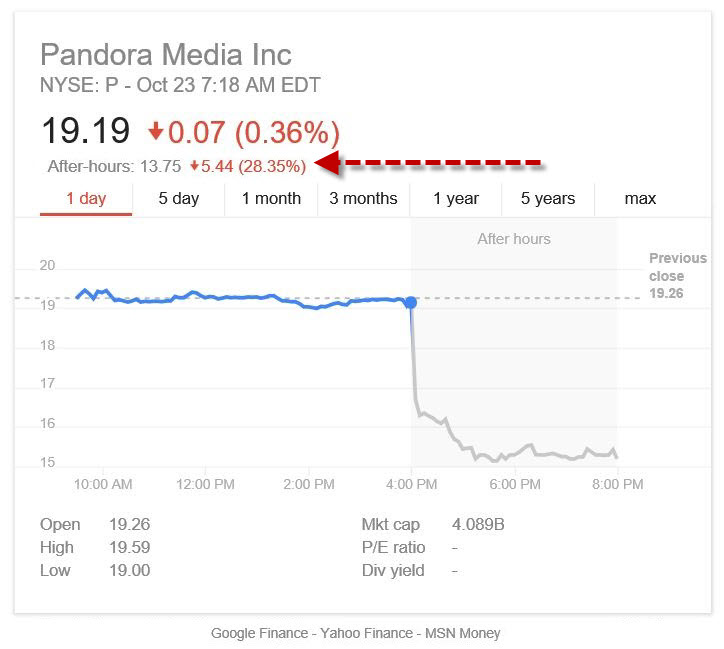 Pandora also confirmed an Oct. 14 that it will pay $90 million to settle royalty payment on pre-1972 music releases, which are not covered by copyright law.