The report notes that 191.1 million people in the U.S. owned smartphones (77.1 percent mobile market penetration) during the three months ending in August. Apple ranked as the top OEM with 44.1 percent of U.S. smartphone subscribers (up 0.6 percentage points from May). Samsung ranked second with 27.4 percent market share, followed by LG with 9.1 percent (up 0.9 percentage points), Motorola with 4.7 percent and HTC with 3.4 percent. 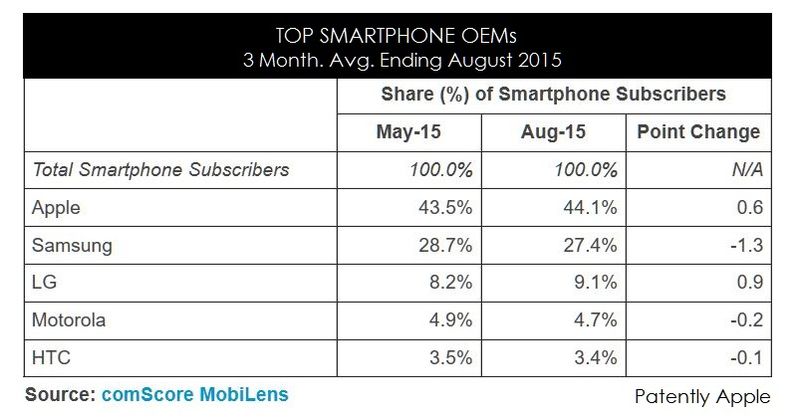 Surprisingly Apple Music captured 32.3% of the app audience. ComScore's footnotes for Apple Music stated: † Apple Music was underreported for July 2015. Due to recent improvements in the data collection methods, the app's smartphone audience reach for July 2015 has been revised upward to 31.4 percent. 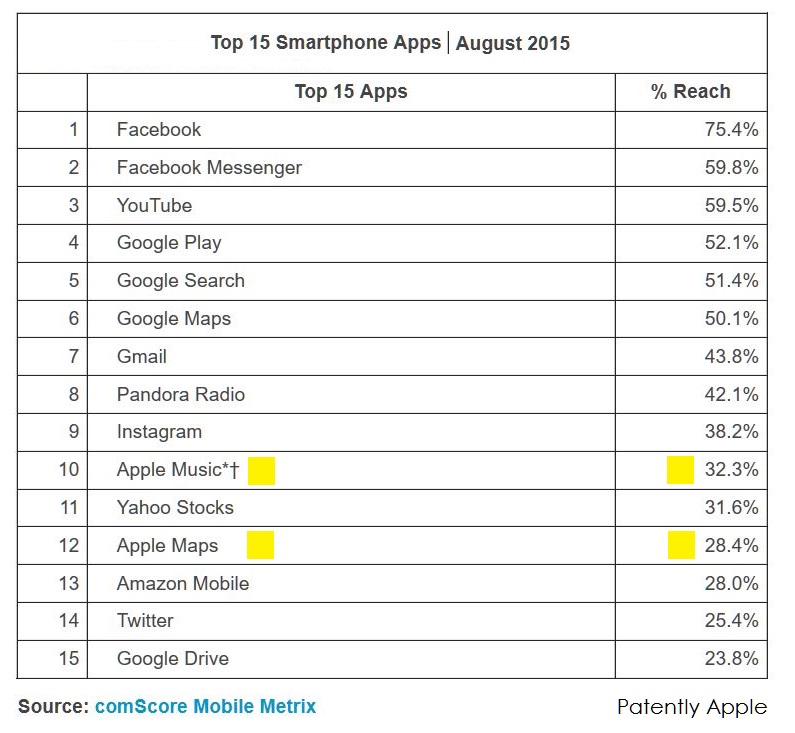