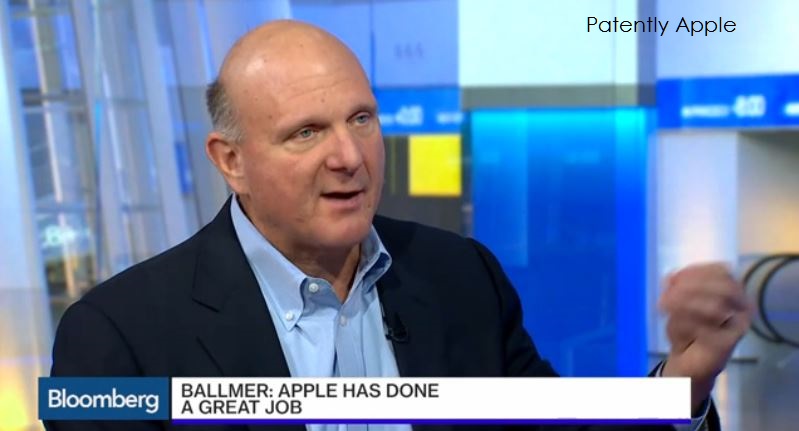 On October 6 we posted a report titled "Microsoft Guns for Apple by Challenging the MacBook Pro with their All-New Notebook Called 'Surface Book." Our byline was bang on because if you weren't sure that Microsoft has a game plan to take on Apple in the hardware space – then think again.

In the interview noted above, Ballmer talked about Apple briefly starting at the 1:35 mark): "They've done a great job; No one else is trying to compete with them anymore seriously in hardware. I mean who's really going after the Mac? Who's really going after the iPad? You could basically say Microsoft and Samsung ... and only Microsoft has a software and hardware capability; so if there's going to be any competition for Apple – it's going to come from Microsoft – and I believe in that!"

In 2007 Ballmer laughed at Apple and their upcoming iPhone – and Ballmer laughs no more. But that doesn't mean he isn't applauding and cheering Microsoft on the sidelines because he is, big time. Is the quite rivalry with Apple about to heat up? I think it is and the Surface Book may only be the beginning.