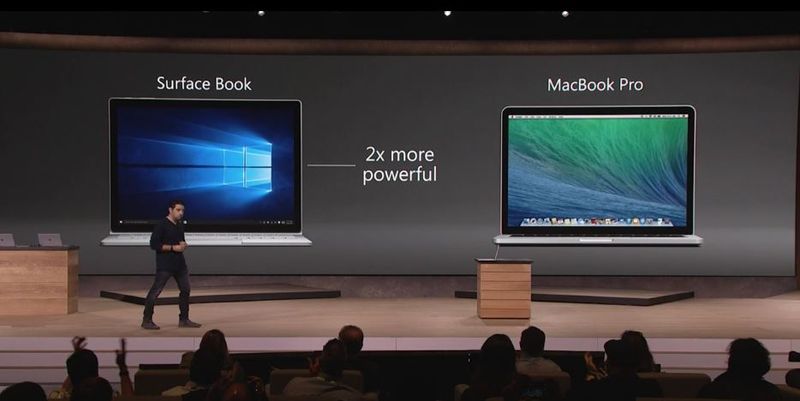 While everyone was expecting the new Surface 4 and Microsoft Lumia 950 and 950 XL smartphones to debut today, no one saw Microsoft's powerful knockout punch: the ultimate notebook-tablet hybrid that is stunning. It offers a 13.5" display that's touch and pen ready and they claim that it's 2X more powerful than the MacBook Pro. This is what I was secretly hoping the iPad Pro would deliver. This could be a really hot seller, a really big deal to move Windows 10 that now stands at 110 million users. 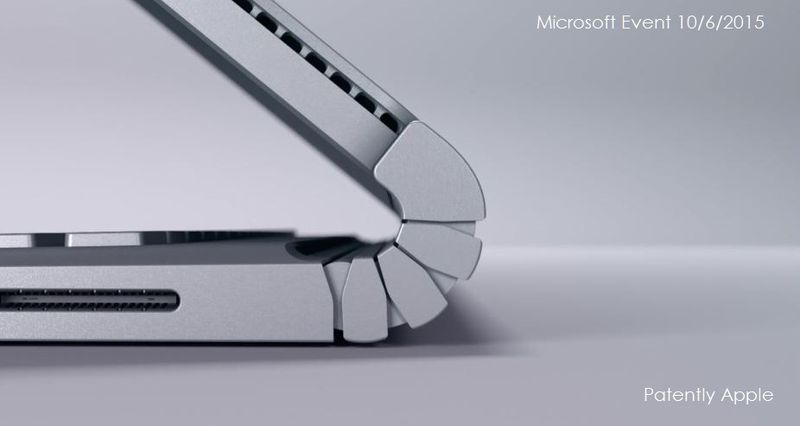 Microsoft's Pitch: Meticulously crafted and ultra-thin, Surface Book is the ultimate device for powering your ideas. Its 13.5-inch PixelSense™ rivals the printed page with a resolution of 3000 x 2000, and it features an integrated backlit keyboard, optional graphics, and responsive glass trackpad. Go beyond the laptop and detach the screen to use like a clipboard, or rotate and reattach to use like a canvas. It weighs just 1.6 pounds (728g) and has battery life of 12 hour for all day use.

Microsoft is definitely moving closer towards Apple's business model of creating both the hardware and software. It's a serious move that could tempt those who left the Windows fold for OS X and iOS to return home. Today's move is definitely a shot at Apple and one that I'm sure didn't go unnoticed by the brass in Cupertino. I hope that Microsoft's Surface Book sells well, as that would certainly push Apple's hardware teams to innovate faster. Interesting times are most definitely ahead and that's good for all of us.

For the record: In 2014 I posted a report titled "Microsoft's New Surface Pro 3 Thinks it's a Notebook." I didn't think much of the wannabe notebook from Microsoft back then and concluded the report by stating: "In the end, Microsoft may one day give up on this silly Surface form factor that really doesn't know what it is. If they ever get serious and challenge the MacBook Air the right way, more would find it appealing. But they're hell bent on making it a tablet that happens to pretend to be a notebook which is backward in my view."

Apparently Microsoft's Panos Panay, Microsoft's Corporate VP for Surface, heard the feedback from many of us and today, 17 months later, delivered a serious notebook with attention to detail and innovation that I wasn't expecting. Being that I unabashedly criticized the Surface Pro 3 for pretending to be a notebook, I now have to be fair and applaud Panay's team for a job well done on the new 'Surface Book.'