In 2013 we covered a VentureBeat report that claimed that Intel would be providing Apple with a fast wireless modem chip for a new smartphone in 2016. The twist to that report at the time was that it wouldn't be for a standard iPhone. The report further noted that "Intel had been gunning hard during the past year for a place in the iPhone and appeared to have succeeded, at least partly. The new 7360 chip was to ship inside a special version of the iPhone.

We further learned at the time that "Intel's new 7360 LTE modem would occupy a socket on the new iPhone's circuit board that had long been reserved for Qualcomm chips. The report described Intel's 7360 LTE modem chip as being capable of 450 megabits per second (mbps) of download speed, and would support Category 9/10 LTE and 3X carrier aggregation.

Fast forwarding to today and VentureBeat is at it once again with a follow-up report claiming that Intel now has over a thousand engineers burning the midnight oil to have this new LTE modem chip ready – for possibly the iPhone 7.

Sources with knowledge of the situation told VentureBeat that Apple eventually would likely create a system-on-a-chip (SOC) that includes both the phone's Ax processor and the LTE modem chip. A system-on-a-chip design could deliver significant returns in improved speed and better power management.

While the SOC would be created from top to bottom by Apple's formidable chip designers, Intel would get the job of fabricating the SOC using its 14-nanometer process. If you're interested in learning more about various engineers on the project and other details, read the full VentureBeat report.

Will Intel finally deliver a winning solution for a next-gen iDevice or will this story fade into the sunset like it did in 2013? Only time will tell. 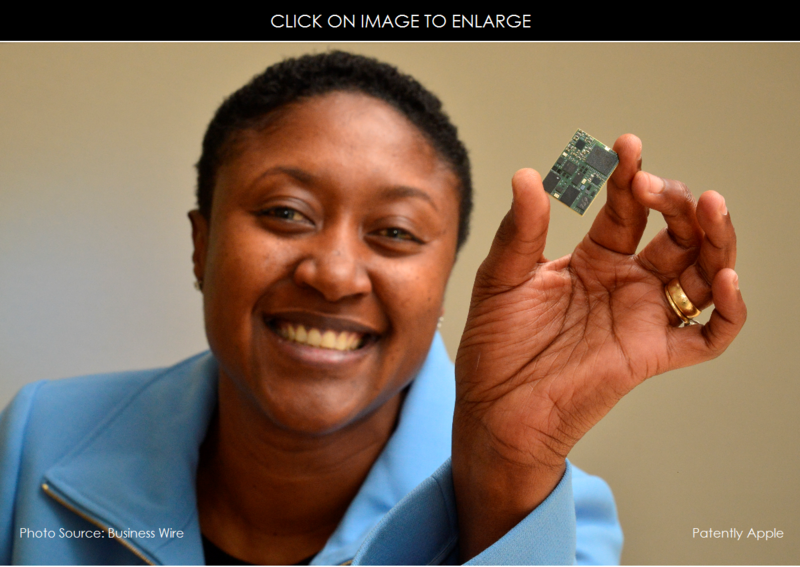 Noted above in the 2013 photo is Aicha Evans, Intel's vice president and general manager of the Intel Communication and Devices Group. Evans is holding up the five-mode Intel XMM 7360 LTE Advanced solution.