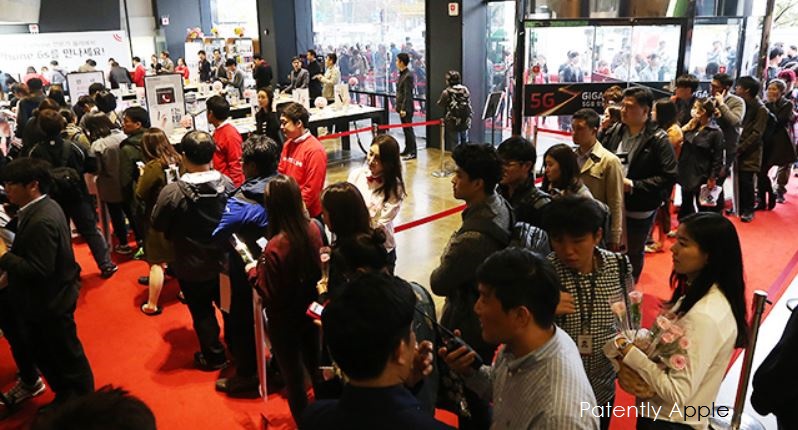 Apple's much-hyped iPhone 6s officially debuted in Korea today, with hundreds of avid fans forming long lines at some major retail stores as noted in our cover graphic. The nation's three major mobile carriers said Friday they have launched the iPhone 6s and iPhones 6s Plus through their retail stores.

Office worker Oh Won-taek, 29, was the first to grab an iPhone 6S, at Frisbee, a certified Apple reseller, in Myeongdong, central Seoul. "I came on Thursday at 8 a.m. to use the device for the first time in the nation," he said after receiving an iPhone 6S.

We reported on Monday that KT's pre-order sales surpassed 10,000 within the first one minute after it opened the online site, and it closed the applications less than 10 minutes later as the first 50,000 units set aside for pre-orders were all sold out.

Last week we reported that some were raising concerns about whether or not the 'iPhone crisis' that occurred last year due to iPhone 6's release would recur. The so-called 'iPhone crisis' is the reference to Apple smashing the record for most smartphone sold by a foreign competitor.