Microsoft has now successfully made the transition to Windows 10. They now offer one OS for all devices. It's easier for developers, IT and consumers. With this approach Microsoft released their first Windows 10 smartphone and first ever notebook called the 'Surface Book' running on the same OS. When Google got wind of Microsoft's one-OS business plan, they started working to merge Chrome and Android into one OS. It was revealed recently that Google hopes to have the new operating system ready for 2017.

According to the Wall Street Journal (WSJ), Google engineers have been working for roughly two years to combine the operating systems and have made progress recently. The company plans to unveil its new, single operating system in 2017, but expects to show off an early version next year.

Google Chief Executive Sundar Pichai, who led the development of the Chrome operating system in 2009, told analysts on a call last week that 'mobile as a computing paradigm is eventually going to blend with what we think of as desktop today.' 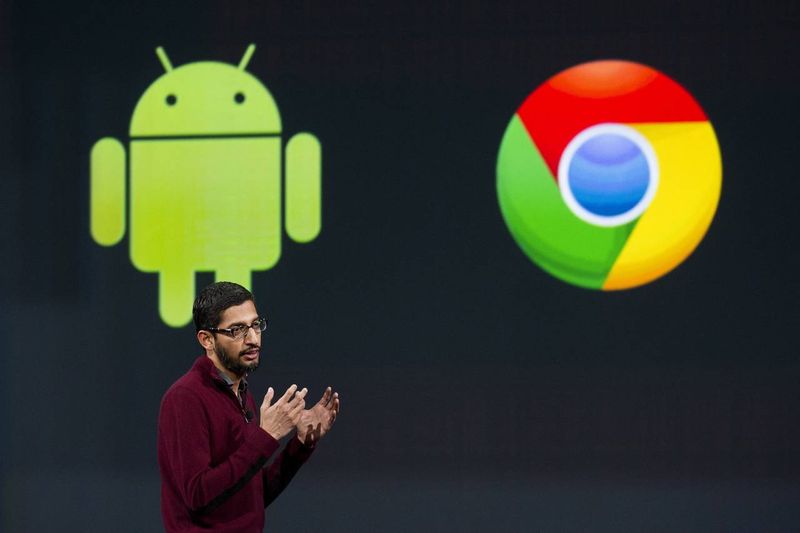 Chrome powers personal computers, most often laptops, called Chromebooks. They are niche players, accounting for less than 3% of PCs according to research firm IDC.

Adding laptops could increase Android's user base considerably. That should help Google woo more outside developers who want to write apps once and have them work on as many gadgets as possible, with little modification."

The WSJ added that "By contrast, Apple Inc. maintains distinct operating systems: iOS for smartphones and tablets, and OS X for Mac PCs. Chief Executive Tim Cook said last month that combining them "subtracts from both, and you don't get the best experience from either."