Today the U.S. Patent & Trademark Office published a series of four patent applications from Apple relating to their potential use of liquid metal, a metallic glass alloy. One of the patents published today covers the creation of 3D parts using an atomized powder. 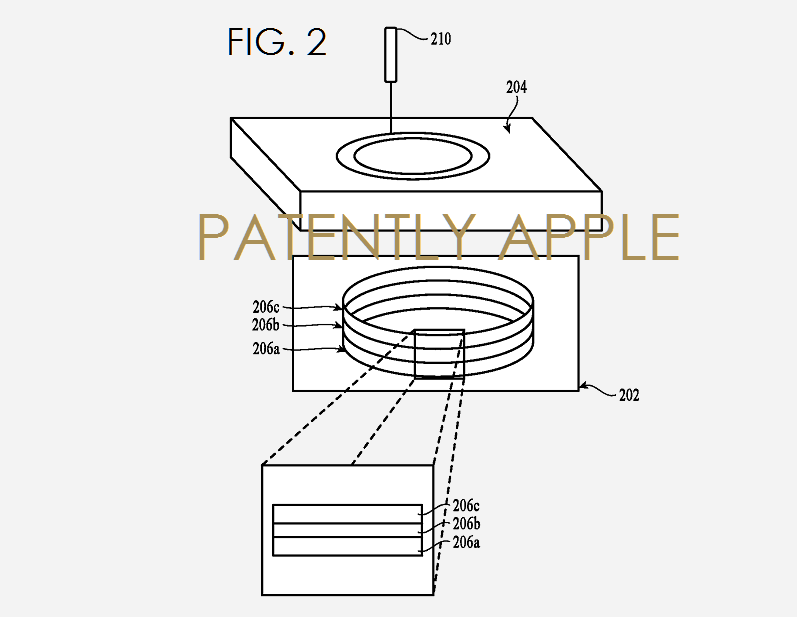 Apple's first patent application 20150299825 was originally filed in Q2 2015. The other liquid metal related patents published today by the U.S Patent and Trademark Office include the following:

Patent Application 20150298207: INDUCTIVE COIL DESIGNS FOR THE MELTING AND MOVEMENT OF AMORPHOUS METALS

Apple never pinpoints what liquid metal is used for in their patents save for a general blanket of products noted as: "a telephone, such as a cell phone, and a land-line phone, or any communication device, such as a smart phone, including, for example an iPhone, and an electronic email sending/receiving device. It can be a part of a display, such as a digital display, a TV monitor, an electronic-book reader, a portable web-browser (e.g., iPad.), watch and a computer monitor. It can also be an entertainment device, including a portable DVD player, conventional DVD player, Blue-Ray disk player, video game console, music player, such as a portable music player (e.g., iPod), etc. It can also be a part of a device that provides control, such as controlling the streaming of images, videos, sounds (e.g., Apple TV.), or it can be a remote control for an electronic device. It can be a part of a computer or its accessories, such as the hard drive tower housing or casing, laptop housing, laptop keyboard, laptop track pad, desktop keyboard, mouse, and speaker. The article can also be applied to a device such as a watch or a clock."

Considering that these are patent applications about parts, the timing of such to market is unknown at this time.