Jackdaw Research published a report on music listening habits, with a focus on Apple Music. The report shares the results of two surveys conducted in early October, which asked about music listening habits, the features users consider most important in music services, and usage of Apple Music and other streaming music services. If you take the study at face value, then Apple's young, hip image may be in jeopardy.

While young respondents were more likely to sign up for Apple's initial Music's free 3-month trial, the report showed that more of the older subscribers in the survey actually paid to stream.

Among Apple Music users under the age of 35, 62% of those asked about the status of their subscriptions said they had already cancelled. Meanwhile, 67% of respondents ages 35 and up said they are now paying subscribers.

The streaming service is retaining older people, in part, because they have more disposable income, said Jan Dawson, chief analyst at Jackdaw Research. But they're also just plain busier, he said. Apple Music has an advantage over competing services there because it's pre-installed on iOS devices and mixes owned tracks with streamed music. "When you have more money and less time, you're more likely to spend more to get exactly what you want," Dawson said.

Young people, on the other hand, gravitate more toward 'free,' ad-supported services like YouTube and Spotify, Dawson said. More than 70% of Spotify listeners are under the age of 35, research firm eMarketer reported in May. The majority of active users, 55 million, stream music on the ad-supported tier that doesn't cost any money, while other 20 million subscribers listen though the paid platform, the company said in June. 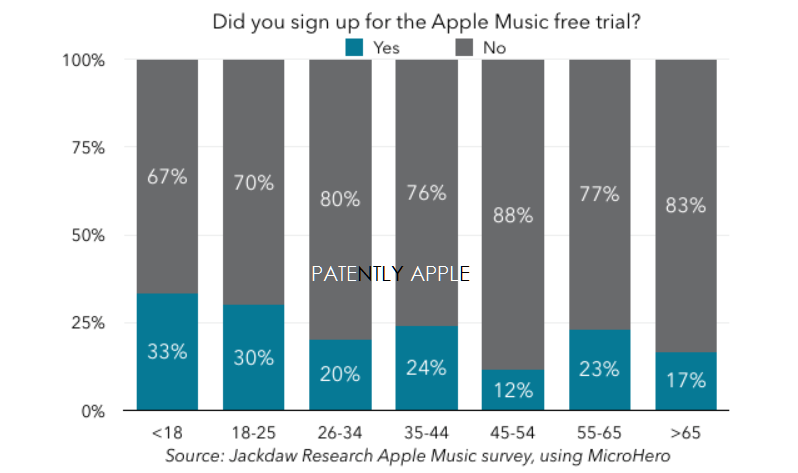 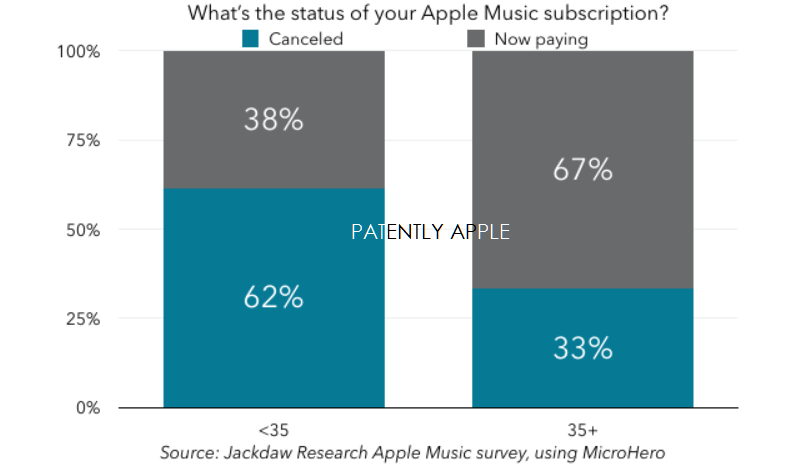 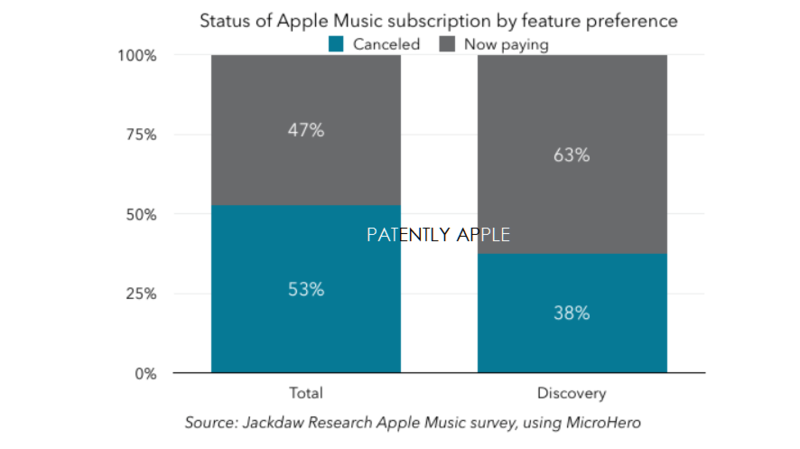 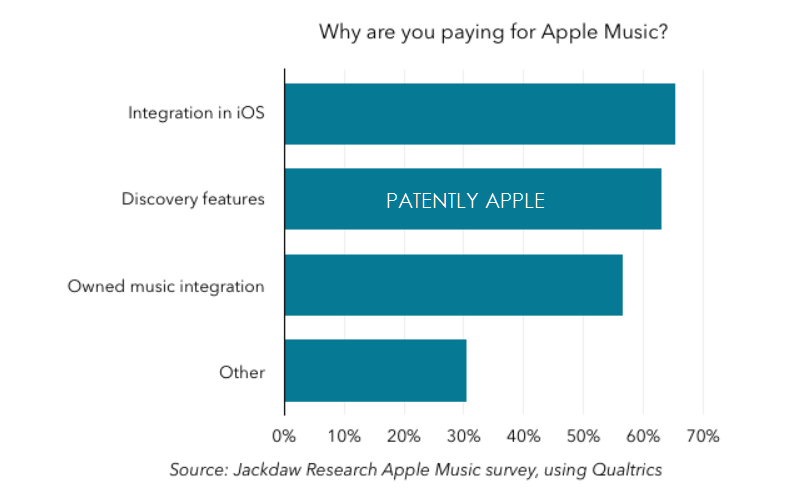 Jackdaw's report was published on Friday after we had posted another Apple Music related report titled "The Apple Music and Spotify War is just Getting Started." Interestingly we noted in Friday's report that "The main battle that's touched on is one that is primarily PR. Apple's Jimmy Iovine wants to see freemium music go away and Spotify says that Apple forcing everyone to try their music service by a built in download is an advantage that only someone like Apple could offer, but in the end it amounts to the same thing."

It's interesting because this very same point and argument crafted by Spotify and noted in the Rolling Stone report just happens to accidentally get echoed in this research report by Jackdaw published on the same day. The timing would suggest it's more like a PR campaign than anything else. In fact it appears as though Jackdaw crafted the questions to work against Apple on this very point. In the end, the data and charts are interesting. Yet whether the research data will survive the test of time is another matter.