Apple issued a press release earlier today announcing that James A. Bell, former chief financial officer and corporate president of The Boeing Company, has been elected to Apple's board of directors. Bell brings more than four decades of experience in finance, strategic planning and leadership in complex organizations. During his 38-year career at Boeing, he also oversaw Boeing Capital Corporation and Boeing Shared Services, and was interim CEO of The Boeing Company in 2005. Although not stated in the press release, the move supports Apple's diversity policy.

Last month we posted a report that covered "A Message about Diversity from Apple's CEO Tim Cook." Cook noted at that time that "Diversity is critical to innovation and it is essential to Apple's future. We aspire to do more than just make our company as diverse as the talent available to hire. We must address the broad underlying challenges, offer new opportunities, and create a future generation of employees as diverse as the world around us. 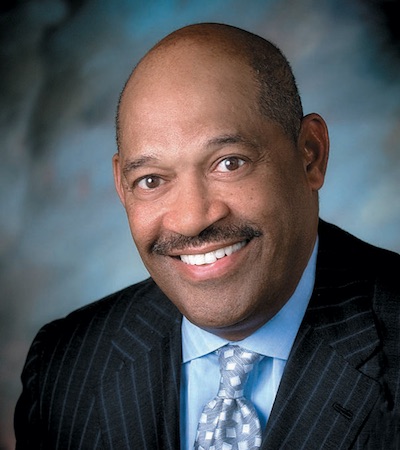 Apple's CEO Tim Cook stated in today's press release that "James brings a wealth of global, financial and industrial experience from his successful career at Boeing as corporate president and CFO. I am thrilled to welcome him to Apple's board of directors and I look forward to working with him."

In the press release James Bell stated: "I am an avid user of Apple products and have a tremendous respect for the company's ability to innovate. I am delighted to join the Apple board and look forward to contributing to its continued success in any way I can." The full press release is presented below (simply click on the image to enlarge). 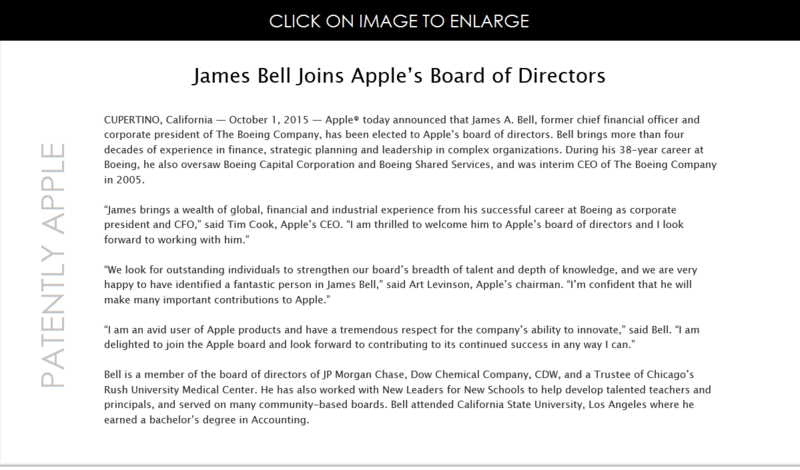 We noted in a report that we posted back in August 2014 that "In March of this year Jesse Jackson pushed Apple and other tech companies to appoint more black members to their boards. In a new report published by Black Enterprise today, they noted that "Corporate diversity hasn't been Apple's strong suit; the company has only one woman executive, and no executives of color."

As of today that complaint has been eliminated. Will 'Black Enterprise' now respond positively and openly to Apple's latest news? Only time will tell - but they'd be hypocrites if they didn't applaud Apple loud and clear for making progress in respect to diversity.