Home Archives Contact Us Subscribe Twitter MeWe Facebook Patently Mobile
Did Microsoft just play the 'Sold Out' Marketing Card for their New Surface Book or is it for Real?
Apple Focused on Making Thinner Devices by Using an All-New Interconnected Circuit Board Design

It's being reported that Apple just unveiled some new updates with their iMovie video-editing software for Mac and iOS that, among other things, capitalize on the capabilities of their new slew of iDevices and add some pretty major improvements to how the software communicates across platforms. Both iterations of iMovie are also seeing upgrades to the quality of video that can be edited in projects.

TechCrunch notes that most notably, iMovie for Mac and iOS are gaining 4K video-editing capabilities, which is especially cool (if not pretty expected) given the stellar updated camera on the iPhone 6s and 6s Plus. In addition to 4K support, iMovie for iOS version 2.2 and iMovie 10.1 for Mac are also adding support for editing 1080p 60fps footage. 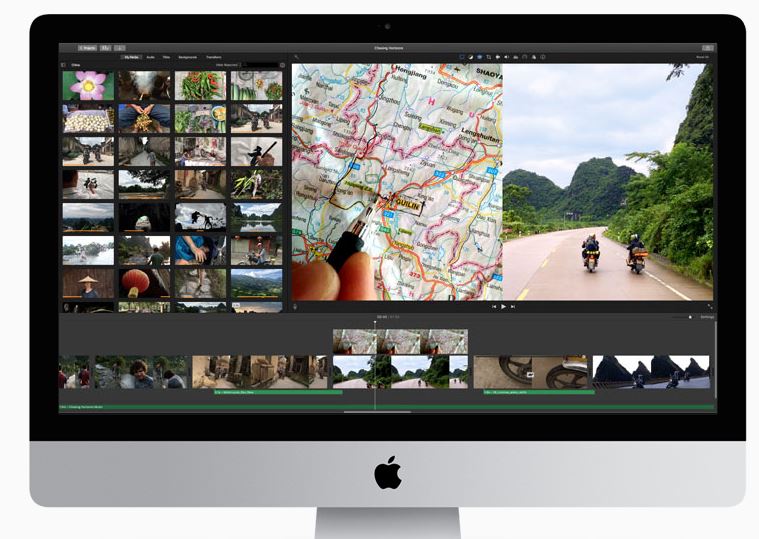 TechCrunch's final note is that "This isn't a massive rethinking of the iMovie software by any means, but it is interesting to see the creative experiences grow so similar across the iOS and Mac OS X hardware, suggesting that perhaps Apple's entry-level creative tools like GarageBand may also be seeing even greater compatibility in the future as well." For more on this check out Apple's iMovie webpage here.