When it comes to Apple delivering an advance wireless charging system, their most comprehensive system without a doubt was revealed two years in our report titled "Apple Reveals Master Details of Wireless Charging System." While it's the most advanced, it's certainly isn't the only invention Apple has worked on in respect to inductive charging. Apple has one for a future iPad cover, another for a crazy inductive charging tower apparatus, one for wearables and electric vehicles and another for a docking system that was revealed last month and yet another that covered a magnetics-based inductive charger last week. Today, a new Apple invention was revealed in a new patent application published by the U.S. Patent & Trademark Office. While it's nice that Apple has a number of great inventions on inductive charging from which to draw from, it'll be nicer when they finally bring it to market. Yet like so many things, Apple is going to be late to the party on this front but when it arrives it's likely to be a superior design which will finally shut Samsung up. First is not always better as we've learned over time.

Induction may be utilized to wirelessly transmit power between electronic devices. Such wireless power transmission may be performed for the purposes of powering one or more devices, charging one or more batteries, an/or other such purposes. 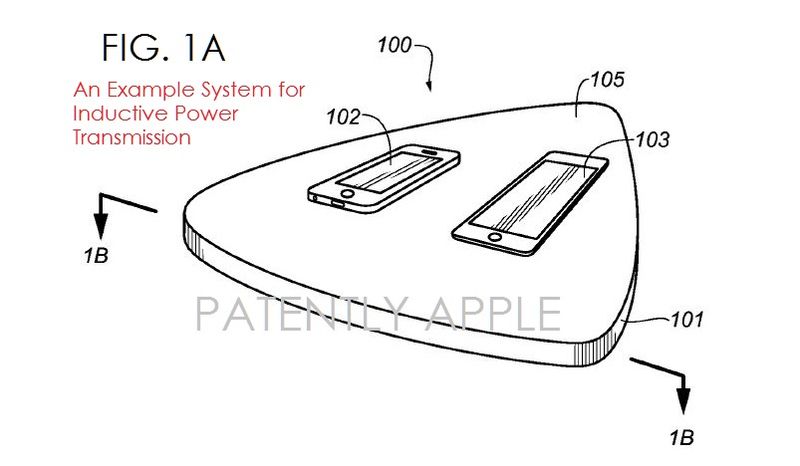 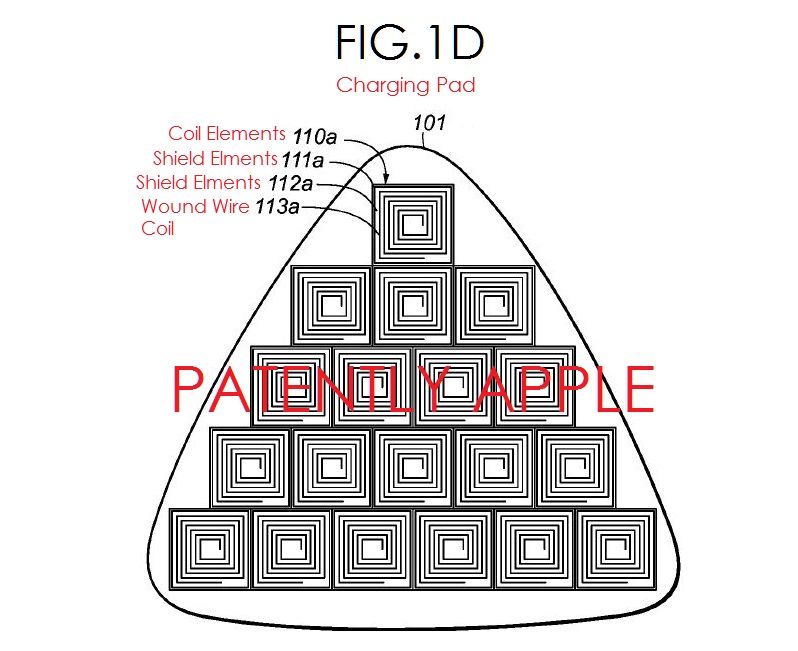 Although the coil elements are discussed herein as triangular, it is understood that this is an example. In various implementations, the coil elements may be one or more different shapes (such as rectangles, triangles other than equilateral triangles, hexagons, circles, ovals, squares, irregular shapes, other shapes, and/or a mixture of shapes) without departing from the scope of the present disclosure.

An Alternative Design: The Super Bowl

Apple credits Graham Christopher as the sole inventor of patent application 20150280442 which was originally filed in Q1 2014. Considering that this is a patent application, the timing of such a product to market is unknown at this time.

Posted by Jack Purcher on October 01, 2015 at 06:53 AM in 1A. Patent Applications, Apple Accessories, Wireless Charging, Wireless technology | Permalink | Comments (0)