Today the U.S. Patent & Trademark Office published a patent application from Apple that reveals a radical idea for iDevices, though it's really a twist to an old idea. Apple has invented a method and key-like device designed to recharge an iDevice based on rotating a magnetically attractable element (key) that charges a device. In another embodiment, the external magnet may wind a spring inside a device. It works much like an old fashioned watch powered the action of a mechanical crown. On one hand it would be great for when you need power but aren't near an outlet. Yet in the bigger picture, you have to wonder if this is an idea for creating a line of Apple iDevices for emerging markets like Africa or India where power is difficult to find. This kind of idea was used in laptops invented by MIT for the One Laptop per Child program where a crank was supplied to recharge the devices as noted below.

Electronic devices (phones, audio devices, laptops, calculators, etc.) and some mechanical devices (watches, windup toys, etc.) require cyclical charging or winding. Winding a mechanical device generally requires winding a dial on an outer peripheral portion of the mechanical device. The dial is connected to a rotor shaft which may, for example, wind a spring. Winding is generally done by a user manually exerting a rotational force on the dial. This may be an inefficient method and also may be an unnecessary use of the user's energy.

In addition, the enclosure may include an aperture in which the port is disposed. The aperture allows ingress of dust, liquid, or other contaminants to penetrate the electronic device and cause damage. It may also prevent creating a waterproof device. Therefore, it may be desirable to charge or wind a component without direct contact between two structures.

The rotational magnetic field may be associated with a charging or winding station external to the device. The winding or charging station may be configured to spin a "master" rotor. The master rotor is an external drive mechanism magnetically coupled with a "slave" rotor, that is, the rotor within the device. The slave rotor is associated with an internal drive mechanism configured to wind or charge the device. 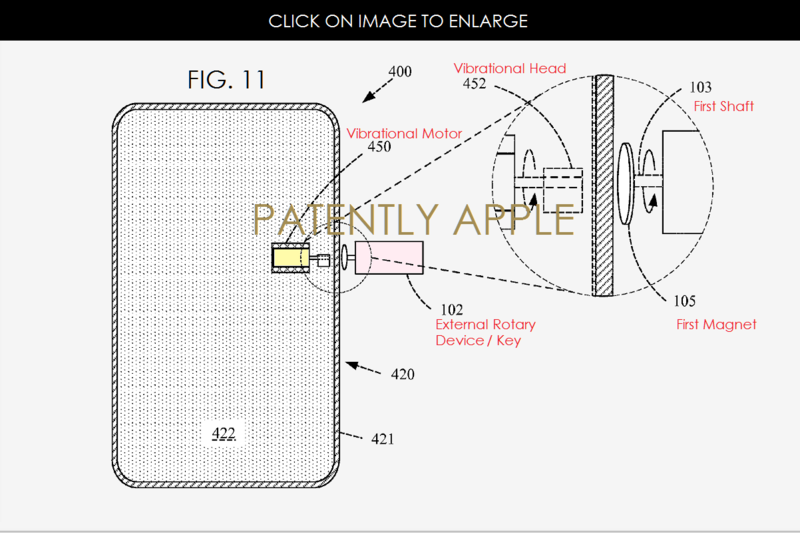 Apple's patent FIG. 11 shows us an embodiment of an iPhone having an internal vibrational motor being actuated by an external magnet. 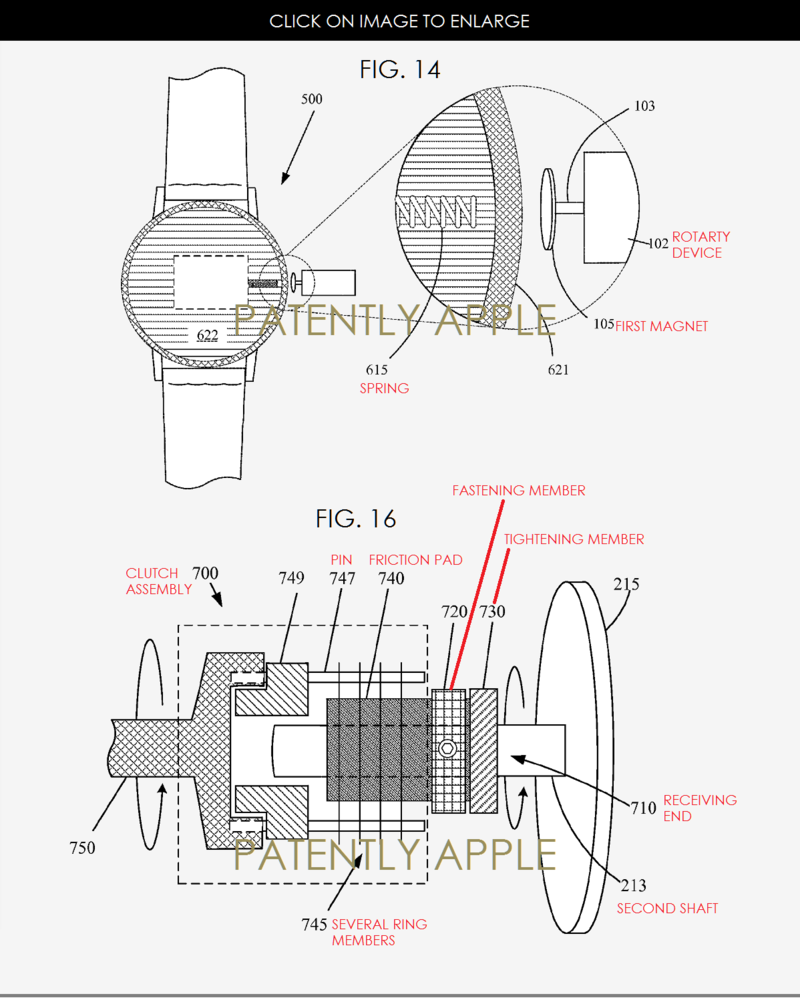