Induction may be utilized to wirelessly transmit power between electronic devices. Such wireless power transmission may be performed for the purposes of powering one or more devices, charging one or more batteries, an/or other such purposes.

Inductive power transmission may be optimally efficient when power is inductively transmitted between dedicated transmitting and receiving induction coils that are both wrapped around a common iron core. However, this approach may require the ability to have a common iron core. Such may not be feasible in many designs and/or may result in other issues such as an inability to adequately seal electronic devices between which power is being transferred.

Another approach may be to inductively transmit power between two dedicated transmitting and receiving induction coils that each have an air core. This may remove the requirement for a common iron core and may prevent other issues relating to use of a common iron core. However, this approach may still require transmitting and receiving induction coils. Such may cause issues in situations where the number of components in electronic devices and/or the spacing of such components are a problem. 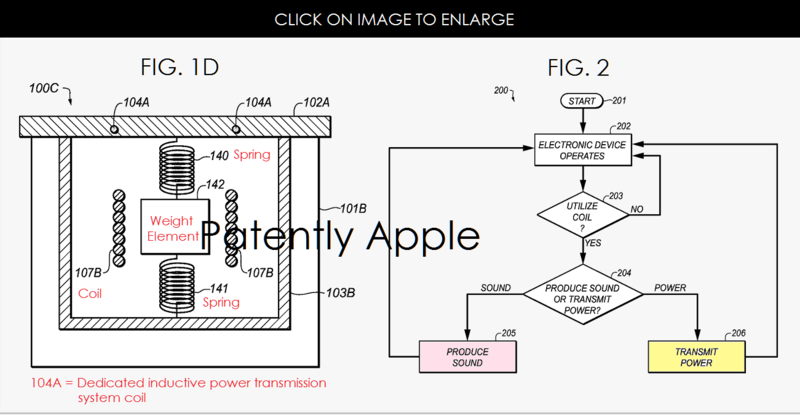