During Microsoft's Special Event they introduced their first full blown notebook to challenge the MacBook Pro but also introduced a new soft keyboard accessory for their Surface Pro line that incorporates a fingerprint reader as shown in one of the graphics below. Today, Apple was granted a patent regarding biometric sensing (Touch ID) that could be incorporated into a future MacBook should Apple wish to go that route. Apple's granted patent 9,158,957 is titled "Finger sensing apparatus using hybrid matching and associated methods." Apple's patent FIG. 1 illustrated below "is a perspective view of an electronic device in the form of a laptop computer including a finger sensor and enhanced security." The invention extends to a future iMac/desktop where the Touch ID feature could be incorporated into the keyboard. 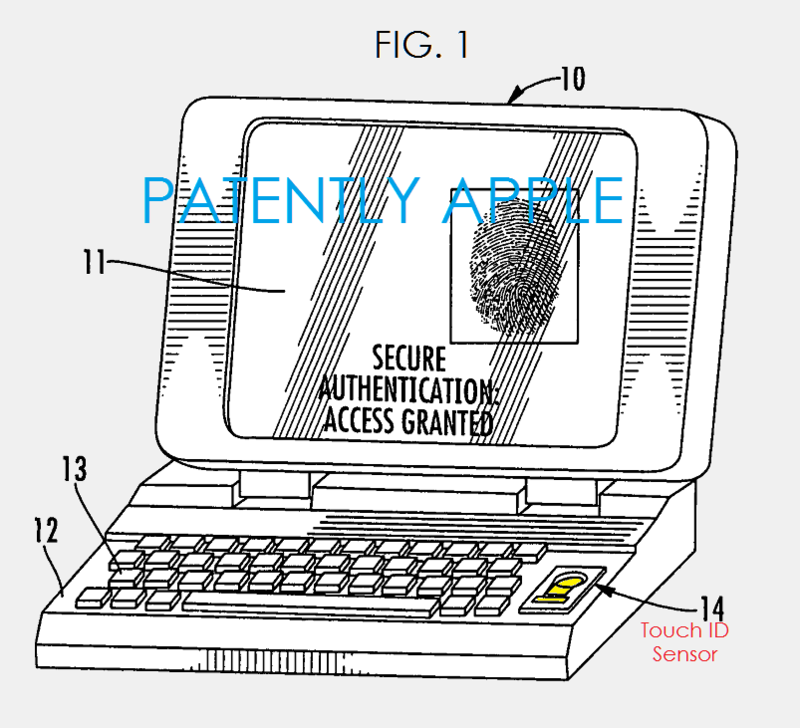 During last week's Microsoft event they introduced a soft cover keyboard for the Surface Pro that incorporates a fingerprint reader as illustrated below. Apple's patent FIG. 15 is a schematic block diagram of an example of a sensor including various components.

Will Apple introduce a fingerprint reader to a future MacBook? Only time will tell.