It was reported late yesterday that Apple is taking its first steps to develop a 43-acre parcel it acquired earlier this summer, a sign that they may be moving forward with a project in North San Jose sooner rather than later.

On Thursday Apple officially turned in an application titled "North First Campus" that related to modifying the existing zoning for their land, currently a brush-covered patch of dirt on North First Street where Apple could build up to 2.8 million square feet of office, R&D or industrial space.

The modification involves eliminating the 105-foot-tall height minimums that apply along that part of North First Street — a baseline that many observers have long considered fairly ambitious. 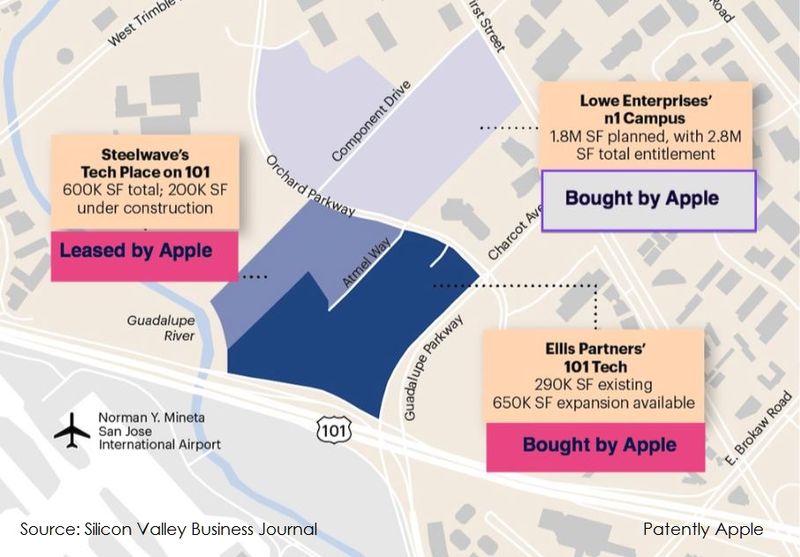 The Business Journal noted that "the big question since Apple bought the 43-acre blank slate formerly owned by Lowe Enterprises is what it will do on the land. Much speculation in commercial real estate circles has swirled around a potential automotive facility — either a factory or an R&D center. But there's been no concrete evidence of such plans." For more on this read the full report.