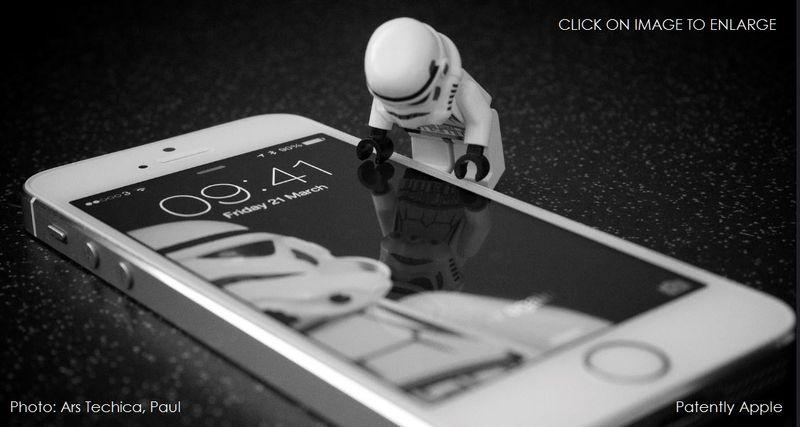 Last week we reported that the DOJ Filed their official reply with the Court that continued to request that Apple be required to unlock an iPhone 5s in a drug dealer case. The government respectfully requests that this Court expedite its decision in this matter as they sought to obtain evidence described in the underlying warrant in time to be used in a trial that is scheduled for November 16, 2015. On Friday there was another twist this story. The defendant in the case pleaded guilty prior to the scheduled court date. So will Apple still be compelled to unlock the iPhone 5s in this case? The DOJ said yes. Yet the Judge is not yet convinced.

On Friday, the Federal prosecutors have said that they are moving forward in their attempt to compel Apple to unlock a seized iPhone 5S running iOS 7, even after the defendant in a felony drug case has now pleaded guilty, as noted in the filing below. 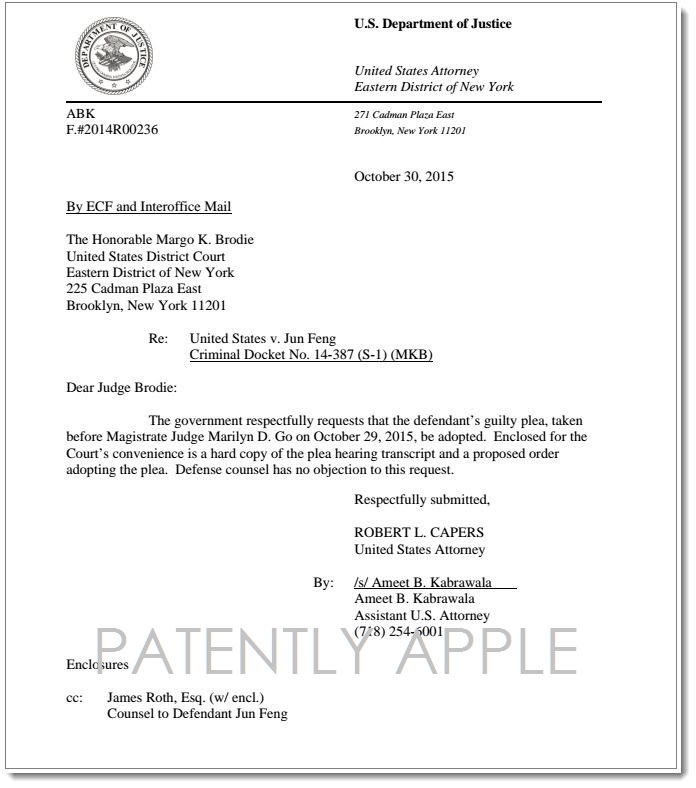 The move by the Federal prosecutors led to Judge James Orenstein write: "In light of the fact that the defendant against whom evidence from the subject telephone was to be used has pleaded guilty, I respectfully direct the government to explain why the application is not moot. To the extent the response requires the disclosure of information occurring before a grand jury, the government may file its response under seal, along with a redacted version suitable for public access."

Ars Technica reports that "The government's move could suggest that it believes that Feng's phone may contain data relevant to another ongoing case. Feng was charged in conjunction with six other defendants." I'm sure that more on this case will surface next week.

About Making Comments on our Site: Patently Apple reserves the right to post, dismiss or edit any comments. Comments are reviewed daily from 4am to 6pm PST and sporadically over the weekend. Photo Credit Paul