A New Defense Bill Passed by the House Could benefit Apple

Last month we posted two reports covering Apple having worked with the Israeli Military and that the Pentagon was looking to Apple for advanced wearable devices. The latter makes you wonder if the new Apple Ring that was revealed earlier today by the U.S. Patent Office would be one such candidate to be militarized? While we may never know the answer to that, we do know today that a bill was passed by the Senate that would revamp the way the Pentagon buys weapons and technology. According to a new BloombergBusiness report, Apple could be one of the top tech giants to benefit from the $611.8 billion defense budget. 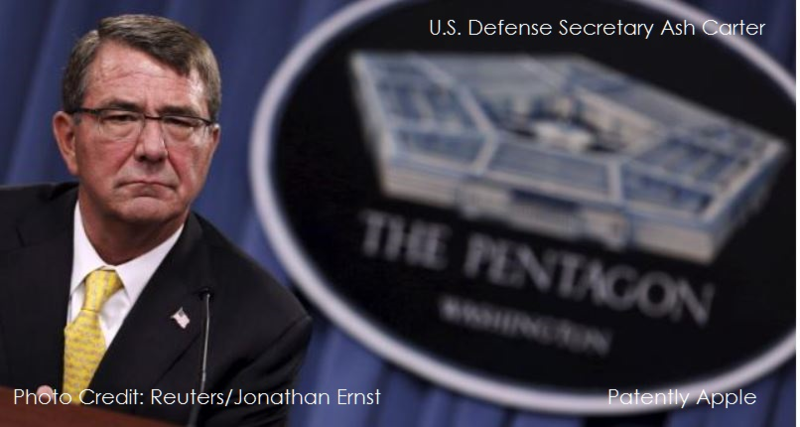 Defense Secretary Ash Carter said last month in prepared remarks that he had "been pushing the Pentagon to think outside our five-sided box and invest in innovation here in Silicon Valley and in tech communities across the country. Now we're taking another step forward." It now appears that Apple could in fact be called upon in the very near future to start a variety of secret wearable device projects.