Today the U.S. Patent & Trademark Office published a patent application from Apple pertaining to Apple Pay. Beyond biometrics that are discussed in this invention, this latest Apple Pay related patent talks about setting up user profiles for business associates and employees for varying permissions including the use of making limited online purchases..

Apple's Invention: Use of a Biometric Image for Authorization

Apple's invention generally relates to the use of one or more biometric images to authorize or permit an action or task. While Apple's patent application 20150304323 covers a lot of territory regarding Apple Pay and biometrics, the discussion of setting up guest profiles for family, friends or employees appeared to be new because of its ability to allow employees and others to use your Apple Pay account under strict conditions.

A user profile is similar to the guest mode, but can allow the guest user to access a greater number of functions and applications, and/or allow a device owner to customize the applications and functions accessible by each guest user. For example, a guest user A may be allowed to send text messages and access the web to view websites, while a guest user B can access the web to view websites and make purchases on online stores, make telephone calls (when the electronic device is a smart telephone), and take photos. The ability to view photos, change Wi-Fi connections, activate airplane mode, set the alarm clock, and read texts and emails can be denied to one or both guest users through respective user profiles 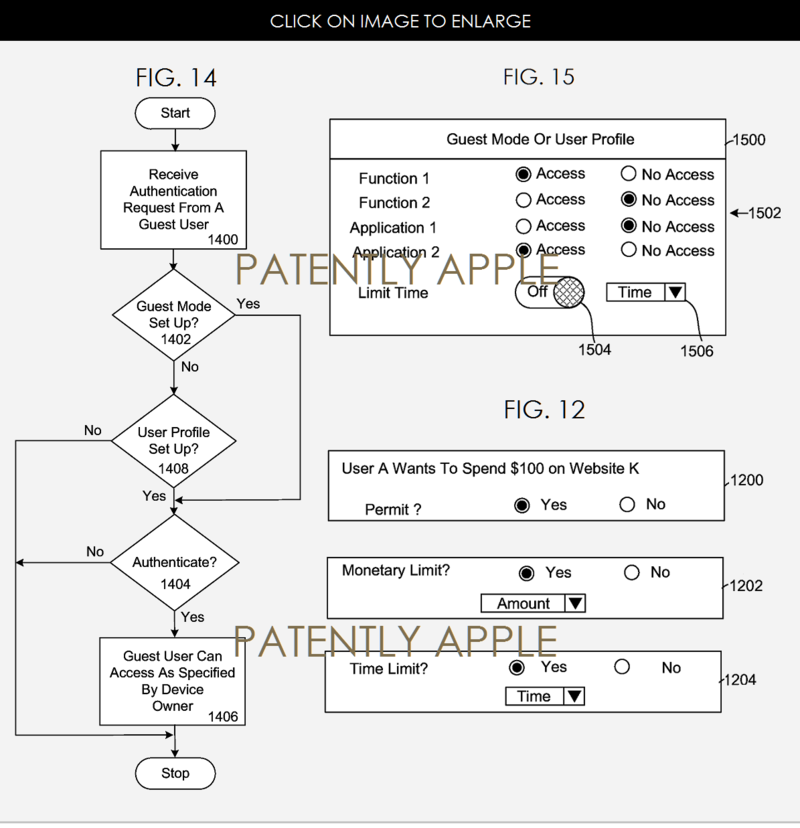