Will Apple use Intel's Next-Gen Skylake Processors to bring new Features like Siri to Macs this Year?

More than 600 million computers in use today are five years or older. They are slow to wake, their batteries don't last long, and they can't take advantage of all the new experiences available today. Late yesterday Intel announced their new 6th Generation Intel Core processor family, Intel's best processor ever, setting a new standard with sleek designs that are thinner than ever, are capable of starting up to 4 times faster and offer more than double the performance and triple the battery life when compared to computers many people currently own. For more details, check out Intel's full PDF download.

At the moment it's unknown which of the new Skylake processors will make the cut for Apple's upcoming Mac hardware upgrades. 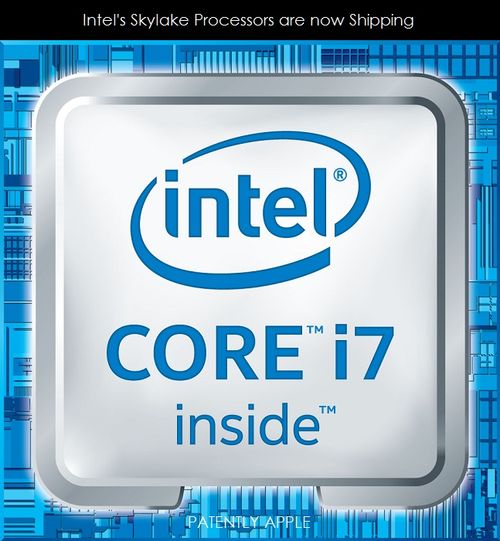 While Skylake will deliver more power and lead to great new features for PC's, it's unknown at this time whether Apple will match certain key features coming to Windows 10 based PCs with Skylake such as advanced Cortana interactions or advanced biometrics. Will Apple introduce Siri to the Mac as they are for Apple TV? Will Apple introduce new biometrics for the Mac that will include facial recognition to allow for instant access to their systems without a password? Only time will tell.

In the end, if you need a new PC or Mac, then Skylake will deliver a nice upgrade for you. However, just don't forget that Intel is planning to deliver their revolutionary solid state drives and other products in 2016 based on their 3D XPoint technology. It could be a game changer for gaming, digital assistants, 3D design and so much more.

Intel confirmed at their IDF event two weeks ago today that Intel Optane products based on 3D XPoint technology will unleash breakthrough performance for converged storage and memory.

If you need a computer upgrade this year, then Macs with Skylake will offer a decent power boost. But if you can hold out another year, Intel's next-gen systems with Optane based SSD's and beyond could be something that you might want to hold out for.

The only catch to be aware of is that it's completely unknown at this time whether or not Apple will be adopting this new technology. While it would seemingly stand to reason that Apple would be one of the first in line to adopt it, it's still not a guarantee.