The Wall Street Journal's Geoffrey A. Fowler reviews iOS 9 on four older models of iPhones to see if performance will take a hit with the new OS. Fowler states in his report: that he "loaded each guinea pig phone with iOS 8.4.1—the last of the eights—and timed the same motions on each. My tests included booting up to the lock screen, launching the Camera app, launching the Safari browser and looking at a photo I just took. I did each of these at least three times, and sometimes many more, and calculated the mean result." Fowler added that he forced-closed apps after each test. 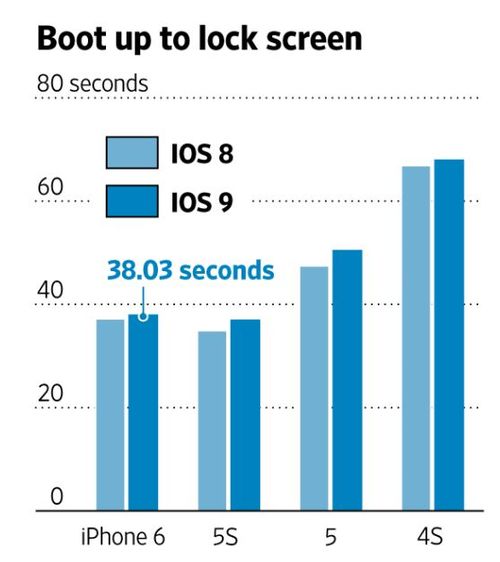